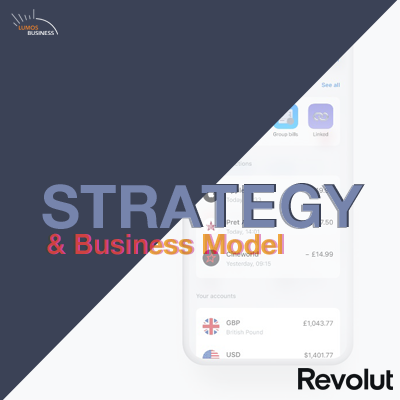 Revolut was one of the high flyers in the early days of challenger banking. More recently, it is the Chimes, SoFis, and Nubanks that are stealing the spotlight.

But the UK-based disruptor has shifted gears towards a “super app,” and is looking to lock into the next wave of growth in digital banking.

When the company launched in 2015, it marked the beginning of a shift in not only banking, but challenger banking. Taking cue from founder Nikolai Storonsky and his “Get It Done” values, their strategy was shock & awe, as evidenced by both their blistering growth (at a time when the sector was in its infancy) and their numerous scandals.

The business model for Revolut V1 was similar to that of other challenger banks in that era – N26, Monzo, and others – was a freemium subscription model. The market messaging was about being “anti-fees” (overdraft, ATM, etc.) and “pro f(r)eedom” where users could pay different tiers of fees and get different feature sets on the slick, new digital interfaces.

The young CEOs messaging was working to acquire both users and venture capital, but in no way were any of the above anywhere near profitable. The three challengers listed above had valuations in the $2 – $4 Billion range, in late 2019, with Revolut at the top of stack having hit 7 million users by September 2019.

Headlines such as ‘Europe is beating the US in fintech innovation‘ were commonplace, as the U.S challengers like Chime and others had completely different strategies and mindsets. While companies like Revolut were busy rapidly expanding across Europe with their subscription models, Chime and SoFi were laser focused on the U.S. market with next-gen tech stacks built on top of more traditional banking models.

Chime was building a debit-based payment processing business model, while SoFi was building a members-only lending model. Even Brazilian-based Nubank focused in on the Brazilian market and credit cards as an initial entry point.

As we can see now, looking at the world’s top challenger banks by valuation, Revolut has fallen from the throne that it once graced at the top of the challengers:

In contrast, German-based N26 has languished, with its most recent valuation rumours in October 2020 at $3.5 Billion pinning the company’s value at roughly the same as it was pre-pandemic. UK-based Monzo took a down round in December 2020 to £1.2 Billion ($1.7 Billion USD).

Revolut itself is last rumoured (April 2021) to be on the verge of raising money at $10 Billion amid a push into the U.S. on the back of is super-app strategy, compared to its $5.5 Billion round in Feb. 2020, right before the pandemic hit.

The Pandemic, the U.S. Market and the Super App

The pandemic in early 2020 seems to have jolted Revolut’s strategy significantly enough that they are now zoned-in on the U.S. market with their “global financial super app” strategy.

Revolut lost 40% of its revenue after the pandemic shut down worldwide travel in 2020, but ended up 50% ahead of pre-Covid levels by year end.

With the nucleus of the company’s user base in Europe, the travel ban hit their business model hard. Part of the big appeal of Revolut in the UK and Europe was the ability to move between countries and not incur absurb fees, including forex.

With Chime’s 13 million+ users (of which roughly 8 million were primary bank customers), they were the first of the challenger banks to make a dent in the megabanks’ dominance over the U.S. market. With Chime in the pole position among the challengers in the U.S. market, we can see that Revolut wasn’t even in the Top 10 as of Q1 2021.

But amid the catharsis resulting from the pandemic and the ambitions of the Revolut CEO, the company has shifted their strategy and business model around the concept of the super app. And based on the current state of the market, it’s not that the game is over. In fact, it may have only just begun.

In platform-based models, if a company can build a captive ecosystem where customers are loyal and switching costs are high, then they can effectively dominate a market and continue to roll out new products/revenue streams at a much lower cost than competitors/incumbents.

The winning strategy to date in the U.S. fintech market has been to do one thing and do it well, which is often the best strategy in many markets. But now with the rapid growth being seen across BNPL (credit), retail banking, and even business banking, the efficiencies of the platform model are starting to emerge.

Asked how they make money, Storonsky says its very simple: Interchange, subscription revenue (from the tiered product levels), above-the-limit fees, and business accounts. The latter are very high margin, he says. Beyond that, Gilbert adds: “Trading could be massive for us. Credit could be huge.”

From managing money in Saving ‘Vaults‘ to trading stocks and cryptos, the design of the Super App is modeled around being able to do next to anything related to ones’ personal financial life from right inside the app. They even offer travel insurance. The company has focused its efforts on localizing the experience in the last year for its 15 million+ users spread across 31 countries, so the rollout will be in phases.

On the business side, Revolut has crossed more than half a million accounts worldwide, and continues to roll out new features, such as ‘FX forwards‘ that enable its business customers to deal with any forex-related challenges in a convenient way. The new feature is applied to all business account types and charges a 0.8% fee, demonstrating the efficiency of rolling out new revenue streams across multiple account types.

They are even pushing the limits in the browser, with the Revolut Shopping extension in the Chrome browser that allows for more efficient shopping, automatic discounts, and even one-time, virtual ‘single-use cards’ for added security.

With a localized Super App strategy Revolut can roll out new features rapidly and test them in a hyper-efficient way. The impact on the business model may be profound, but the main test for the company will come in the U.S. market based on whether or not they are able to use this strategy to attract users en masse and gain market share rapidly.

While Revolut has not yet turned a profit, Storonsky proclaims that “every single customer is profitable. We have a number of countries that are profitable. And if we stopped launching new ventures and new products, then the whole company would be profitable.”

One of the major areas of criticism for Revolut in the past had been related to their ‘AI fraud detection’ and automated support systems.

For the company, automation makes sense, as it can dramatically reduce costs. For users, however, it can leave them feeling alienated, frustrated, and at times desperate for human intervention.

A string of comments on Reddit in response to the question: “Should I make Revolut my main account?” is revealing. Several people said “yes,” but two issues gave others pause: 1. Widespread publicity (in the U.K.) about how the app’s AI froze users’ funds due to suspected fraud, and 2. The fact that you can’t call Revolut if you have a problem, nor show up at a branch. All customer queries are handled by live chat or chatbot.

On the balance, however, Revolut remains well-regarded and is considered trustable by the majority of its worldwide users if we use Trust Pilot as a proxy.

Revolut’s DNA is in data science, engineering, and product innovation. While users nowadays still prefer voice support in most industries, Revolut will likely try and solve these problems in their own way.

Overall, the stakes continue to escalate among the challenger banks, as the sector as a whole start to gain ground on incumbents. Revolut’s strategy shift towards a ‘financial super app’ will have significant impacts on their business model, and ultimately their success in the long-term. Time will tell how it plays out, but it is a divergent and unique strategy among other players in the market.

Revolut is Betting on ‘Pay With Crypto’