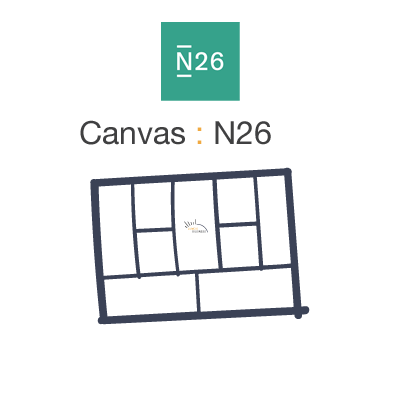 N26 is ‘the Mobile Bank,’ one of the world’s top challenger banks based out of Germany, offering the ability to open a bank account in ‘8 minutes’ and use the N26 card almost anywhere with no fees.

How Does N26 Make Money?

N26 offers a free basic account and then has two-tiered Subscription options from there:

As a benchmark, approximately 30% of customers in the UK market signed up for the Metal account.

“Mr Stalf also said about 30 per cent of UK users had signed up for the bank’s premium account, which charges a £14.90 per month subscription fee and offers a metal debit card, plus perks such as travel insurance, discounted hotel bookings and WeWork membership.”

The company offers #BusinessAccounts where they make additional revenue based on value-added services, and then offer other layers in their core product such as #Insurance in categories like Household, Automotive, etc.

Compared to some of the UK Challenger Banks, N26 seems to be more commercial-partner focused and less community-driven. While competitors like Monzo and Revolut both have large, active online communities, N26 has taken a more traditional approach to marketing and customer support.

On the retail banking side, the company targets young Europeans aged 18-35, with the goal to acquire approximately 5-10% of that demographic from traditional banks by 2020. They have acquired many of these customers through partnerships, but now with their recent foray into the American market, they are starting to ramp up their advertising.

On the customer support front, they have a 400 person in-house team and 200 external agents, handling over 50,000 customer queries per week in multiple languages.

Part of the difference between N26 and other Challenger Banks is likely due to culture and long-term strategies. In addition to taking a more commercial approach to marketing and support, N26 has partnered with firms like Mastercard and Wirecard. In turn, this could lead them down a pathway to a middle ground between more aggressive online-only services and traditional banks.

Overall, as of December 2018, the company boasts more than 2 million users across 24 countries.

Earlier this year, the company raised $300mn at a $2.7bn valuation. Earlier backers include Peter Thiel’s Founders Fund and Tencent, while the most recent round was funded by Insight Partners and Singapore’s GIC Sovereign Wealth Fund.

While there is no Revenue, Cost or P&L data available about N26, their growth since their founding in 2013 has been explosive, and will likely accelerate exponentially with the new funding and expansion into the US. According to the CEO, the company is profitable on a per-customer basis and could turn profitable in 2020 if they wanted to – but that will depend on their growth plans amid an increasingly competitive market.

Banking for the Native Mobile Generation:

N26 is not a public company, but they do release some numbers each year publicly to help paint a picture as to their overall financial health/unit economics.

N26 is most often compared to Revolut because they started at a similar time and operated in similar markets before N26 decided to leave the UK in 2021. Despite the fact that Revolut was worth roughly 4X N26 at the time they both last raised money (Q3/Q4 ’21), they serve as a useful comp.

It is estimated that N26 has an ARPU (Average Revenue Per User) of $33 versus $42 for Revolut. With 8 million users at the end of 2021, 3.7 million were reported as ‘revenue relevant‘ by the firm or cash positive.

If we make some assumptions, based on other Fintech data for Digital Banks around CAC (Customer Acquisition Costs), we would presume that CAC is around $40-50 per user. Revolut itself has ‘strict’ data metrics around which Channels are profitable, and targets an 18 month payback period.

If we use N26’s self-reported data on ‘revenue relevant’ customers, we presume they are those who generate > $30 – 35 per year in gross profit through either Subscription revenue, Interchange revenue, or some form of other revenue stream N26 is launching/has launched (ie. cryptocurrency trading).

N26 in Brazil, the Eurozone, and Crypto

We wrote last year about how N26 had decided to enter the Brazilian market, a market dominated by Nubank with over 70 Million customers between Brazil, Mexico, and Colombia (~65 Million users in Brazil).

Brazil is a very lucrative market for many reason, principally the outrageous credit card interest rates charged by incumbent Big Banks. As of Q3 ’22, they are still in a beta mode in Brazil, testing and refining the product with a small group of customers before a bigger launch in 2023.

The move into Brazil came on the heels of high-profile exits from both the UK and U.S. markets, for a variety of reasons. Principally, they made the mistake of spreading themselves too thin, so it seems they are taking a more nuanced approach in Brazil.

“Of the bank’s major mistakes, the biggest has been to pursue an undifferentiated strategy toward multiple different markets. Its mile-wide, inch-deep approach has failed to take as many customers as Revolut’s more tailored proposition, while competition in more crowded markets, such as the U.K., has forced out N26 altogether,”

Despite the refocus in Germany, France, Spain, etc. they have met significant headwinds in the German market with the regulator due to some concerns early in the company’s history.

Last year, German financial watchdog BaFin imposed restrictions on N26′s growth aimed at addressing “shortcomings in risk management with regard to IT and outsourcing management.” The measures meant N26 could only onboard a maximum 50,000 new customers per month, far less than the 170,000 it was reported to have been signing up at the time.

Generally, interchange fees are lower in Europe than they are in North America, with European rates averaging around 0.96% compared to the 1.76% levied in Canada and the United States

Crypto has had a brutal 2022. The outlook for 2023 is muddled, but it is clearly an attempt by N26 to broaden and diversify their business model. They leverage Austrian-based BitPanda’s platform, and rumours surfaced that N26 was actually interested in buying BitPanda at one point (before it was worth several Billion).

“Should we have built trading and crypto instead of launching in the US? In hindsight, it might have been a smart idea,” N26 co-founder and co-chief executive Max Tayenthal told the Financial Times in an interview.

The story with N26 to date seems to be that they zigged when they should have zagged, strategically:

Nevertheless, they are still one of the top Digital Banks in the global scene and have faced significant headwinds from regulators and macro forces alike.

The upside for N26 is that they seem to have their business model in a relatively good place. Yes they are still losing many in their core markets (EU), but so is every other upstart Digital Bank.

They grew Net Interest Income by 100% between 2020 and 2021, so we can presume that trend is likely continued in 2022 given the rising-rates environment. This means they can continue to grow ‘Net Interest Income’ vs. ‘Commission Income’ as a revenue stream, in line with what we would expect out of a banking business model.

They do not over-rely on Interchange Fees, as do many of the American Fintechs, which is a big problem in the Digital Banking Business Model.

They now have added three layers to their model, each of which gives them future upside:

N26 may be one of the positive upside stories in the Digital Banking world of 2023. They have a great UX/UI on their mobile app, and while they trail their competitors like Revolut in terms of users (8 million vs. 25 million), the market is looking more for profitability than growth at this moment.

It is hard to know if N26 will need to raise money in 2023, it would seem likely. But their CEO still endeavors to take the company public in the next 6 – 18 months, now that he claims they are ‘structurally ready’ to do so. That being said, it is hard to know if public markets will be like 2021 (booming) or 2022 (busting again), so they will continue to try to move towards profitability in the interim.