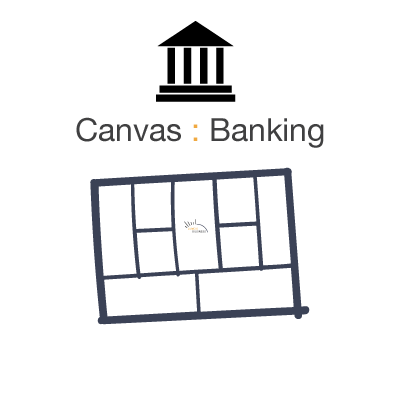 Fintech is the talk of the town these days. Disruption is the mode du jour worldwide, and now it has arrived into the world of finance to shakeup the banks. But few Fintechs actually make any money, which is why we are going to look at the banking business model in more detail.

How do Banks make money?

Banks have been around forever. It wasn’t until the 1400s where the model for ‘modern bank’ was derived, as the concept of deposits and custody of assets paved the way for the core banking business – the Net Interest Margin (NIM).

For as long as humans have been around, we’ve been banking. Life was built around credit, and individuals often oscillated between playing the role of debtor and creditor. Everyone – whether individual, estate, or empire – was a part of a vast global network of credits and debts.

The Great Race For Assets

The NIM is the difference between the price that banks pay their depositors (savings rates, GICs, etc.) and the price that they loan out money to would-be creditors (loans, mortgages, credit cards, etc.). In theory, the more money that banks bring in via deposits, the more they can lend out.

However, banks can use this liability (the money they owe you) to create an income-generating asset by using the deposits as collateral to issue an interest paying loan. The spread between the rate they pay you for your deposit and the rate the charge for loans has historically been the driver of profitability.

The Great Race For Assets

The average NIM for American Banks in 2018 was 3.3%. That means that for every $100 Million they loaned out, they would earn ~$3.3 Million in income. The concept of fractional reserve banking – where banks loan out leveraged amounts (ie. 10-25X) against their deposits – provides further fuel for the NIM revenue stream across asset classes including:

All of these lending categories are tied back to NIM. They loan out a leveraged amount against their depositor base at varying interest rates; therefore, the core strategy of the banks is to build their depositor base and grow AUM (Assets Under Management). This is achieved through retail banking operations, asset management (ie. investments), private wealth management for families with larger asset bases, and commercial banking for businesses. European banks (in particular) are struggling mightily with their profitability because of negative interest rates and the corresponding impact on NIM.

They have other fee-based revenue streams for retail (account fees, etc.), and trading/investment banking divisions that make money from capital markets. But at the core, the banking business model is built around NIM (Net Interest Margin) and AUM (Assets Under Management). When NIM margins/profitability are cut, they can’t simply increase their leverage/credit supply to make new loans and expect to make up lost profitability.

Fintechs that chip away at this part of the banks’ business model will become progressively more valuable, while those who simply earn subscription revenue or small percentages of transactional revenue will not be a threat to the banks, even if they have a large users base and beautiful mobile UX.

Historically, banks were considered to be part of the fabric of local communities and centered their strategies around trust in the community.

Times have changed, however, and the Big Banks in each country are monolithic, globally-controlled entities that rely on commercial partnerships in order to keep driving their NIM and AUM.

This is in contrast to the Fintech model that is being driven more by a community of users who are ‘fed up with banking‘ in the traditional sense. They market online and through partnerships that help build the ‘community’ and drive those users onto their digital-only branches.

It is pertinent to understand how both strategies (commercial partnerships & community-driven engagement) work given that the big Silicon Valley and Tech firms (Square, Shopify, to some extent Apple) are beginning to enter into the banking game, usually via a specific vertical. The Big Tech firms have both the technological know-how and balance sheet capacity to tap into both channels.

Most Fintechs have the tech and community engagement working for them but the majority have failed to build a profitable business model and continue to rely on VC capital. Even though Big Banks have huge technology and legacy UX problems, they have the balance sheet and continual profitability (-ex- Euro Banks) to acquire firms that are seeing success, creating a bridge to transition towards the future banking model.

Some Big Banks like Goldman are using separate brands (ie. Marcus) to bridge that gap and initially, they are seeing success. They offered savers in the UK a 1.5% high-interest savings account and recently had to close to new accounts after seeing too much demand for the product. Marcus by Goldman is providing to be the best new bank blueprint among the Big Banks and part of the BaaS (Banking as a Service) push by incumbents.

New-ish Fintechs like SoFi are now in the banking game and applying the same model as the banks, with slightly different branding (ie. Members). While next-gen money apps like Cash App (by Square) and Venmo (bought by Paypal who are owned by eBay) are beginning to enter the banking fray through their community-driven, digital payment apps.

But the end-game is not users or eyeballs like in the Valley, it is AUM growth and fat NIM margins to ensure that banking profitability extends into the digital era. Furthermore, there is a large layer of legal and regulatory expertise – including banking licenses and compliance teams – that Big Banks and Credit Unions already have in place, giving them leverage in their partnership and acquisition strategies.

Banks are typically the most valuable entities in their respective countries, and therefore have no issues raising money. If they need to raise more capital at any moment in time, they can issue shares to large-cap investors and bond offerings at specific coupons to investors chasing fixed-income yield.

Typically, it is pension funds, mutual funds, and other large capital groups that purchase these stocks/bonds and hold for the long-term, but almost all major Big Banks are listed on public exchanges. Smaller Credit Unions typically operate more like a cooperative and may be state or member-owned, meaning that they do not trade publicly.

Most Fintechs, on the other hand, are not yet public nor profitable and rely on the continuous injection of Venture Capital (VC) to fund operations.

Some big tech firms like Square and even Shopify are well-capitalized enough as it stands to launch their respective banking/fintech products, but they may require more capital depending on the specific banking strategy that they choose in the future.

Provide retail and commercial banking services to citizens at a local, national, and international level.