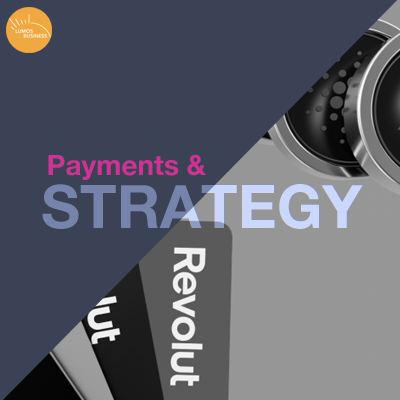 Revolut is one of the leading candidates to build a ‘Super App’ in financial services. Part banking, part payments business model, Revolut is a data-driven company that likes to throw everything at the wall and see what sticks. Will their new ‘Pay With Crypto’ strategy stick?

The concept of the ‘Super App‘ is nothing new in the Fintech space; modeled off of what we have seen in Asia, the idea is that the Super App enables users to basically perform all of their financial services functions from one app:

The Revolut business model has become that exact type of model.

If you contrast this model to other types of Challenger Banks – like Chime – you will see that the more common strategy has been to do one or two things really well and build up a user base up from there. But since day 1, Revolut has always been the most aggressive Challenger and have shown their mettle in the last year or two at a time when there have been many industry headwinds:

“We have been operating at a profit for a year now thanks mainly to payment volumes, currency exchange fees, and the opening of premium accounts for businesses and individuals”

Revolut’s roots are mostly in payments, a result of being effectively the leading pan-European Challenger and focusing on simplifying payments for customers who travel frequently into other countries where they will be using foreign currencies. Curiously, their foray into cryptocurrencies jives well with that whole M.O.

Up to this point, competition for Revolut’s 20M users has been intense. While Revolut emerged as the early dominant player in the UK market after their launch in 2015, they struggled in 2020 relative to their U.S. peers as global competition intensified. This can be attributed to the fact that, as mentioned above, their core user base were travelers and used payments/forex services abroad frequently; the pandemic therefore slowed that momentum significantly.

Because Revolut is not yet a public company and has recently run afoul of UK Auditors due to a late filing, we don’t really know how much money the company makes or loses, or generally how much they make on a per customer basis. All we have are anecdotes:

They have recently engaged in aggressive marketing campaigns – particularly via referrals – and target their Channels “scientifically” with an 18 month target payback period.

Their big strategic piece of the puzzle right now is their UK Banking License, which they are optimistic will come very soon. Currently they only have a Lithuanian Banking License.

Putting the pieces together – despite disparate and sometimes conflicting data sources – we can see that Revolut sees an opportunity to build on its payment expertise and is willing to bet on the digital currencies as a gateway to expand their footprint.

On Revolut, a fraction of 1% of cross-border payments has been done via cryptocurrencies according to the CEO on his recent interview with Bloomberg.

In the throes of the FTX catastrophe and the general malaise in the cryptocurrency market in 2022, who will realistically want to ‘Pay with Crypto’ is the question?

Total Payment Value (TPV) for goods and services purchased with digital currencies is growing, but a fraction of the total payment volume on traditional payment rails.

Despite the absolute bloodbath in the market through 2022, there are still adoption use cases that make sense. One of which is cross-border payments or remittance. While admittedly a complex, fragmented, and highly regulated market, Revolut has a presence in nearly 30 countries worldwide. But this current feature is only available to UK + Swiss users, so this is not about remittance right now.

Based on TrustPilot and other sources, Revolut has improved a lot of its problems that were commonly mentioned in 2021 in relation to customer service and automated fraud alerts that inadvertently affected some users The fact that this trust remains relatively high and they may be on the verge of becoming ‘a bank’ means that their Customer Relationships remains an asset they can build upon, even in risky areas like cryptocurrency.

The ‘Pay with Crypto’ program gives UK & Swiss users 1% cashback when they ‘Spend with Crypto’ from their balance on Bitcoin, Dogecoin, or whatever coin they hold in the Revolut App. The cashback comes back to the user in the same crypto they spent with. That means if I am a Revolut customer in London and I spend £10 worth of Bitcoin at my local pub, I get £0.10 back in Bitcoin.

We can envision that the strategy here revolves around three layers:

On one hand, it seems crazy to try this type of idea in a developed market where crypto adoption greatly lags other nearby developing markets (although UK has the highest crypto adoption rate in the EU). On the other hand, the UK (and London specifically) is always at the forefront of financial innovation; sometimes for better and sometimes for worse.

The payoff in the event of success for Revolut would be similar to the potential payoff for Nubank if it successfully launches its Nucoin token in Q1, 2023 – a lever of differentiation among peers, and an incentive for engagement, particularly among Power Users.

Revolut’s roots were in crowdfunding + community in its earliest days. They are a long way from that type of company, but they are also a company that shies away from splashy marketing and are more focused on product innovation. While seemingly small and somewhat risky, the payoff potential is there. And if the program does get axed due to lack of uptake or regulatory problems in the future, the lessons will likely be spun into something similar down the road.

Overall, Revolut continues to try and launch new product innovations at a rapid speed and move further towards its vision of becoming a Super App. ‘Pay with Crypto’ seems somewhat crazy and perhaps poorly timed, on one hand, but on the other hand it may be the perfect opportunity to exploit when the dust settles on the rest of the industry.