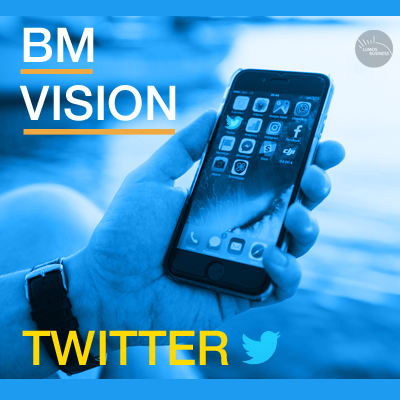 No longer is $TWTR a valid Ticker on the public markets. As of yesterday, Elon Musk has taken Twitter private.

Below is a ‘Business Model Vision’ based on where the company ends its public market time, and where it may be if it comes back in 3-5 years after some significant Business Model Innovation.

At the moment of maximum uncertainty related to the future of Twitter and its business model – as Advertisers threaten to exit en masse as early as Monday, October 31 – below are four threads that relate towards potential business model innovations (BMi) going forward:

For context, Twitter has not exactly blown the doors off of in the public markets over the last few years. The $TWTR IPO price in 2013 was $26 per share and it closed the first day of trading at $44.90 per share (+73%) in November 2013. The takeover offer by Elon Musk prices the shares at $54.20 per share, or roughly 2X where they IPO’d roughly 9 years ago.

DAU (Daily Active User) growth has stalled in recent years, especially in the U.S. due to a variety of factors, not limited to censorship and increasing competition. $TWTR network effects have, in effect, been suppressed and had it not been for the Musk takeover, the stock would likely be suffering the same fate as $META (Facebook parent) and $SNAP (Snapchat) this week as they dived on their Q2 ’22 Earnings Reports and are down 71% and 78% YTD (Year-to-Date) respectively.

From the vision perspective, there are various fears on both sides. Some fear that the ‘X’ Vision of a WeChat style app will make Twitter more Orwellian than before. Others fear that it will become a hyper-partisan political network. Normally, the truth lies somewhere in the middle, so the analysis below is linked to some of the major Business Model Trends driving the market currently and attempting to scale those trends into a ‘future vision’ from a business model perspective.

A lot of Elon’s initial takeover projections centered around Twitter Blue and the scaling of the Subscription Business Model from a menial percentage of the company’s revenue currently to a point where it becomes the dominant revenue stream by 2028. Ads are currently 90% of Twitter’s revenue.

Under the new business model, where forecasts predict $26.4B in revenue by 2028 (> 5X from current levels), Advertising would make up 45% of the revenue, Subscription (via Blue and X) would make up ~38% , and the remaining 17% would come from ‘data licensing’ and other innovations within the Twitter platform such as payments

There is a lot of potential here given the headwinds that journalists and local media shops face against larger corporate media entities and Big Tech. A lot of Substack’s rise as a subscription service over the last six months or so can be attributed to its ability to help smaller journalists and writers with Customer Acquisition via their new ‘Recommendations’ feature.

Similarly, if Twitter can use its network graph in a smart way to help drive more customers towards smaller media houses and brands – across all verticals – then it may become a hub similar to Substack.

Remember that Elon Musk’s initial rise to prominence – before SpaceX and Tesla – was in the payments industry with the creation of Paypal. The Payments business model is vastly more technical and different to the social media/advertising model.

When looking at the rise of the new crop of Social Apps in the market – especially BeReal – it is apparent that these Social Phase 3 models are intent on trying to crack the model around Payments for the Creators who drive the majority of engagement on each platform (Power Laws). The ‘transparency strategy’ of BeReal up to this point has created world-class Retention metrics on social, and this is the key.

But BeReal and other related next-gen Social Apps are caught in a tough spot. They do not want to go the way of Corporate Ads, nor do they want to become the next Clubhouse. Payments is the most likely way to go, combined with Subscription.

Given the emphasis, strategically, on Subscription via Twitter Blue, the Payments feature is likely to come in and benefit those who are Subscribers. Twitter already has a Tips feature, but it is obscure. Furthermore, micro-payments are still not technically that fluid on any network. There is a big opportunity here.

From a business model perspective, the strategy may be to incentivize Creators to become Twitter Blue Subscribers and embed Payments features that skew the playing field towards them. That way the incentives align towards the core Subscription business model while opening up the gateway to new Payment’s innovations.

Web3 has been predominantly hype at this point. Nevertheless, we already know that Elon has a fondness for Dogecoin and that he is a holder of Bitcoin. One of the problem’s with Web3 to date – among many – is that they have tried to build a lot of their vision out from the ground up. Nobody is really using any nascent Web3 networks.

But if Twitter starts trying to plug in ‘blockchain/cryptocurrency’ into its Payments strategy, then we would see Web3 being plugged into an existing network, something that hasn’t really been tried.

Remember how Paypal exploded in its early days, after floundering and nearly dying off? Referral payments.

If Twitter decides to Airdrop several million of Dogecoin or Bitcoin onto the network for new referrals, for example, then people will come to Twitter en masse. While this doesn’t seem like a likely starting point, it is an option going forward.

There are many new trends of ‘networks’ of customers in the mainstream starting to talk about creating their own coins. Brazilian Challenger-Bank Nubank is going to be airdropping its own Nucoin token to its customers in early 2023. The company has 70M users and will test the airdrop on a few thousand customers as a loyalty incentive.

The point is that as a private company, Twitter will have the latitude to try many different things that may not have flown in public markets (NOTE: Nubank is public, but it is regulated as a financial services company). While seemingly unlikely, who knows if Twitcoin could even one day be in the cards?

As we have looked through all three models above – Subscription, Payments, and Web3 – it is important to remember that Advertising represents 90% of Twitter’s current revenue. If major advertisers/sponsors decide to pull their ads starting next week, that could be a major hit to cashflow given that the company pulled in $4.5B in Ad Revenue in 2021.

Ads can’t just go away on Twitter. Elon has front-run this in two ways:

From a business model perspective, however, managing Customer Relationships at this juncture will be critical. If there is a major exodus from corporates, the hit on revenue will be discouraging. Nevertheless, at the current moment many brands are hurting because of the increased costs related to Customer Acquisition on digital platforms.

It has thrown off the Unit Economics of any D2C/eCommerce/Retail brands, to the point where many are spiraling towards bankruptcy this quarter or next.

The core reason for the increase relates principally to privacy concerns among consumers, which has manifested in Apple’s most recent privacy update and reduced browser-tracking capabilities on other ad platforms. More transparency and better privacy protections are the key for any ‘New Advertising Model’ at the outset in order to maintain trust with consumers. If there is an exodus, there will also be an opportunity.

In order to complete the $44B transaction, Elon needed to line-up the financing from major tech titans, financiers, and banks. To say that they wouldn’t have strategized an ‘advertiser exodus’ while gaming out the transaction seems unlikely. They can’t simply afford to watch $4B+ in revenue fly out the door. Plus they need Ads to be annoying enough to make people subscribe to Twitter Blue and live that ‘ads-free’ social media lifestyle.

Overall, the uncertainty around Twitter and its business model is at its peak. Vision typically takes over in times like this, and Elon Musk has created Paypal, SpaceX, Tesla, and Starlink from ‘out of the blue.’ Now the famous blue bird needs some tweaking, but amid chaos lies opportunity, so let’s see what happens!