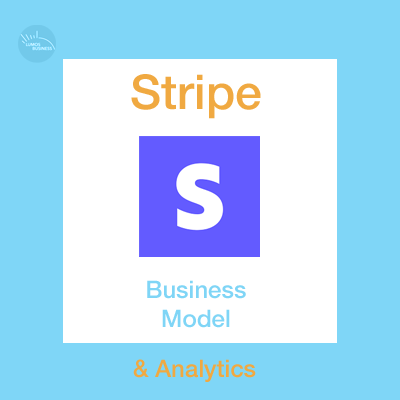 As a predominantly B2B Payments player, Stripe flies under the radar in comparison to some of the other high-flying Payments companies because (a) it is not publicly traded (b) it doesn’t have a P2P payments app.

But it is one of the most successful payment processors on the planet and we are going to find out why by looking deeper into the Business Model + Analytics.

Stripe was founded in Silicon Valley in 2010 by the now famous Collison brothers. The infamous ‘7 Lines of Code’ refers to the advanced software engineering Stripe created to launch a slick payments stack that developers could work with easily.

The business model for the company is in and of itself fairly simple – charge ~3% on credit card payments to the merchant.

If you look at competitors like Square (under the Block umbrella), you can see how those companies have become much more consumer-centric thanks to innovations like Cash App+.

Stripe on the other hand is predominantly a payment processor with limited exposure to the consumer in its core business model. It may not sound like much of a distinction, but it has a tremendous influence on CAC (Customer Acquisition Cost), LTV (Lifetime Value), and Churn (users who leave the platform).

It is why if you compare the top-line, revenue model for Block (Square), Paypal (+Venmo), and Stripe, they all look the same. But drill down and look at the Business Model Analytics and we will see that Stripe’s model is quite different and in certain ways more attractive from an outsider’s perspective.

How does Stripe make money?

Plain and simple via payments processing: 2.9% + $0.30 per transaction to the merchant.

At 2.9% (plus $0.30 per transaction) Stripe is hardly the cheapest solution to process a credit card. But Stripe’s argument is that when you add up the monthly fees, setup fees, gateway fees, PCI fees, International Credit Card fees, and others you’re actually paying a lot more than you think.

Within the typical payment processing chain between multiple different parties, Stripe functions as a merchant acquirer; yet it’s a little bit more “full stack”, meaning they take on more of the fraud risk rather than just forwarding transactions down the funnel because business owners can setup a “submerchant” account which is less cumbersome than a full merchant account.

Stripe earned its stripes in the digital payments arena around eCommerce and the complex digital niches that were particularly cumbersome a decade ago. A bulk of the problem in those days was the friction that the pioneer of digital payments – Paypal – had put into place. Stripe’s goal was simply to “make it easy for developers to accept payments on the web.”

Paypal – designed to simplify payments – actually made this worse. The company infuriated startups with its restrictions – once turnover hit a certain level, Paypal automatically put the business on a 21 to 60 day rolling reserve, meaning that up to 30 per cent of a company’s revenue could be locked up for up to two months. Developers had to choose between this and complex legacy systems built by banks.

The business model of ‘not being the cheapest‘ payment provider was coupled with the simplicity of the Stripe stack; they also became the only fee the merchants paid, instead of multiple different ones. This was as much a technical innovation as it was a business model innovation in those days within the payments space.

From day 1, Stripe was a ‘built-by-developers-for-developers‘ company. Their product strategy/ comms/marketing was designed to make it easy for developers to embed their payments solution into virtually any website with a few lines of code. APIs made this progressively easier over time to the point where the bulk of the internet was using Stripe as a payment processor.

Stripe expanded their product offering for SMBs, very much in line with what Square and others did at the same time. This didn’t necessarily change their business model, however, as most of these products were adjacent to the core of payment processing. If anything, the expansion into multiple different financial-services categories weakened their brand positioning.

Nevertheless, their GPV (Gross Payments Volume) exploded through 2020 on the back of a boom in eCommerce and digital commerce as a whole. The digital payments ecosystem peaked in Q3 2021, and has subsequently been slammed back to earth in 2022 thanks to inflation, higher interest rates, and a worsening macroeconomic outlook.

What has separated Stripe from Block (Square) and Paypal (+Venmo) in the last year is that Stripe is principally leveraged to online marketplaces and their developers (B2B), while the others are much more leveraged to the consumer via CashApp, Venmo, and the broad strategies deployed.

From a Business Model Analytics perspective, the difference becomes massive in more difficult years like 2022 and beyond. Stripe does not have to focus as much on Customer Acquisition, it can rely on the top customers it already has to continue driving revenues (Lifetime Value), and the fact that Stripe is a develop-first company means that it is unlikely that its top clients will Churn and leave Stripe for other platforms.

As Stripe is not a public company, it is difficult to break out the Analytics as we could with Paypal, Square or others. The general principles that drive business models can be applied even without those deeper data points. This is evidenced by the most recent data on Stripe’s private market valuation, which was allegedly down 28% from $95B to $74B as of July 2022. As it is an ‘internal valuation’ it is not subject to the same scrutiny and volatility as public markets; yet anecdotally, a 28% haircut is a massive improvement on the likes of Paypal, Block (Square), and Adyen who are down ~75%, ~80%, and ~50% from their Q3 2021 peaks respectively.

The competition in the payments space is enormous. Megabanks are biting back against Fintechs by acquiring companies, poaching talent, or some combination of the two. Many of the market niches within Fintech have become saturated due to overfunding and failure to deliver lasting value propositions in the face of a shaky macro-economic environment.

There exists a tremendous opportunity within B2B Payments that remains largely untapped, and is much less sexy than B2C Payments. Stripe has Stripe Treasury, a service that enables API-driven integrations for B2B or B2C players to scale their service offerings.

On the B2C side, Revolut recently announced that they would leverage Stripe Treasury to enter the Brazilian and Mexican markets.

Revolut will leverage Stripe’s payments infrastructure and global footprint to launch in Mexico and Brazil. The firm says that Stripe’s support will help to enter these and other new markets more efficiently.

This type of ’embedded finance’ or ‘banking-as-a-service’ market is nothing new, and is considered to be the new frontier of Fintech in some combination with Blockchain Banking.

What Stripe Treasury does is simplify a lot of the components – identity, KYC (Know Your Customer), B2B payments, card issuance, etc. – just like it did with its initial payments solution. In this way, we could speculate that it will be ‘not be the cheapest‘ platform on the market but it may become the more efficient one.

Overall, Stripe is a payment processor that built its brand around ‘7 lines of code’ and has consequently expanded its reach into everything to do with online payments. Future markets around Embedded Finance and B2B Payments will create new demand for elegant and simple solutions, for which Stripe is perfectly placed to execute on.