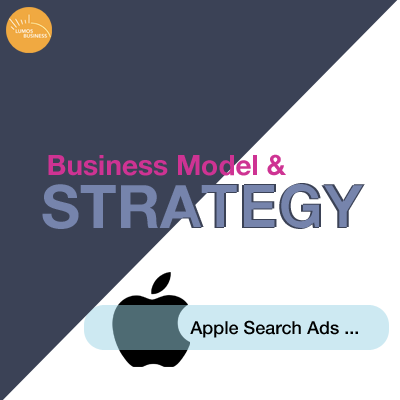 The war for Ad Revenues is heating up and Apple (Ticker: AAPL) is entering into the ring in a big way.

The recent iOS 14 Privacy Update has dinged competitors Meta (Facebook) and Google, and now there is a string of evidence that Apple itself is ready to ramp-up its Advertising business across multiple platforms.

So what is the strategy here?

Apple’s foray into the Advertising business raises all sorts of flags – antitrust, privacy, business model – and yet, you have to ask yourself, would the world’s most valuable company (as of today anyways) venture headfirst into the most controversial business line in modern history without a clear strategy? The answer is, they wouldn’t, they have a strategy and probably a big one.

First and foremost, we know that Apple is a hardware company at its core. But having a market cap in the Trillions means that its software arm has grown significantly in recent years.

They have also developed Apple Music (second place to Spotify) and Apple TV (rank well below Netflix, Amazon Prime, etc.), which could serve as natural advertising platforms. But they also – frustratingly – make 30% off of sales from their App Store, which is where the majority of their current Ads are served (along with Apple News and other platforms).

Apple has sold ads inside Apple News and the App Store since 2016 but in recent months has shown a new determination to muscle into an industry dominated by Google, Meta, and Amazon

How much did Google, Facebook, and Amazon make in Ad Revenue in 2021?

Current estimates are that Apple’s Ad business brings in around $4B per year.

Why would the company risk that precious Customer Relationship with their customers – one that is absolutely built around trust + privacy – for a business line that could only realistically bring in a handful more $Billion at this point? Let’s find out more below.

Google is undoubtedly the King of Search, with a market share that continues to top 90% on average around the world.

We all know a lot of those searches originate on Chrome – the dominant browser – but naturally they also originate on Apple devices via Safari. This is a revenue stream that by most estimates generated around $15B in profits for Apple in 2021 and could be worth upwards of $20B (ie. Google search is the default search engine on Safari).

Google is seemingly adamant in its decision to maintain the coveted role of default search engine on iOS, a strategy that could generate nearly $15 billion for Apple in 2021

Rumors are rumors until proven otherwise, but as of October 2022, Chrome has a 65% market share globally, while Safari has a 19% market share; therefore, the installed base is there to execute a search engine from day 1. Yet when a company like Apple is doubling its team for Search Ads, so we can surmise that something is coming down the pipe sooner rather than later.

Apple was doubling the workforce of its ad business, which…checks out considering everything you’ve just read. Specifically, it is growing its ad platform team from about 250 to 466

Steve Jobs, the visionary designer and inventor of all of Apple’s original category-creating products has been gone now for more than a decade. Unfortunately, very little in the way of technological innovation has happened within the walls of Apple since that time.

But there is Tech Innovation and there is Business Model Innovation (BMi). We should never underestimate the importance of BMi to drive future growth, profitability, and category-creation.

Apple’s current revenue model can be summarized in the following way:

When we combine this, that means that approximately 80% of their revenue is from hardware at the moment. The other 20% of revenue comes from software Services, which includes the App Store, iCloud, Apple TV, Apple Music, Apple Pay, and other Subscription Services.

On paper, it makes sense that Apple expands its Services business, but on paper doesn’t always equal reality. Nevertheless, without a major technological breakthrough on the horizon from Apple, Business Model Innovation is definitely on the docket.

As stated above, Google is the King of Search. But Google’s next layer of innovation is based on the concept of Semantic Search, where it begins to understand the “meaning” behind the search. When you start to combine multiple searches hourly/daily for each user, Google can start to gauge a lot about future intent of its users; and this is where a lot of the privacy changes start coming into play.

Essentially, semantic search works by drawing links between words and phrases; it’s able to interpret digital content in a more “human” way. When that’s achieved, it can offer the searcher more-personalized and accurate search results.

Semantic Search is Google’s domain and expertise. Apple is not competing here. A large part of the Apple Value Proposition is built around privacy, so we can envision that the Ads that have generated $4B so far haven’t raised any major red flags with users because they are contextual.

If you see an Ad in the App Store search for one app, it is likely linked to your search term. No real data is required about you to serve up that Ad. Same with Ads that are in News, Stocks, Apple TV or anywhere else, they are contextual. Yet, here is the major hurdle here – if you want to scale up a $4B business (~1% of current Revenue) to 10X that, you would have to serve up 10X the Ads. Where would that 10X come from?

Apple can’t place 10X more Ads into the above-mentioned avenues without a major exodus from their various platforms. It would self-sabotage their hardware business (what good is an Ads business without iPhones) and damage their brand.

In an era of privacy and antitrust lawsuits, Apple has the ability to pull enough context from a user in the search engine results without any impact on privacy. Think about a Google Search on the following:

The semantic search enhancements are less important on these key phrases because we already know that there is a buyer’s intent. Apple will have the ability to serve customers who are ready to buy without needing to go deep into algorithmic rabbit holes (ie. the A.I.) to determine intent from complex search phrases and long-tail keywords. Apple can surface Contextual Search Ads in the Safari browser in combination with Siri based on simple keywords like:

NLP (Natural Language Processing) can parse out ‘best -hotel – hawaii’ and surface those results. Easy win for advertisers. Same with – tennis – racket – beginner.’ All Apple needs to do is serve-up easy wins in the ‘now context’ of its users, it doesn’t need to be harvesting data 24/7 to try to guess their buying intent in the future.

Can Apple compete with Google on Search?

In this light, yes, Apple will compete with Google on Search Ads, but not in the same way. Google has built a $215B annual business on Search Ads alone. While losing momentum with the new privacy changes, the business model and software behind the Ads model is so sophisticated and advanced that nobody, realistically, can challenge that short-term.

But if 20% of search volumes (hypothetically based on Safari penetration) went to a clean, simple, and reasonably accurate Apple search engine, the business could scale-up 10X easily from the current $4B over the next five years without sabotaging privacy.

It seems to be a difficult and risky endeavor in many ways, but based on the principles of Game Theory, it seems Apple has little choice here. The Antitrust investigation by the U.S. DOJ has search the deal between Apple and Google in its view, meaning Apple likely can’t bank on it being a stable cash cow in perpetuity.

Furthermore, a natural shift in the business model from hardware products to software services is progressing and a search engine would be an excellent addition to that portfolio. There are shades of similarities to when Apple took on RIM (Research in Motion) back in 2007 when the Blackberry was dominant; yet there is no Steve Jobs this time so expectations should be kept minimal at this point.

Overall, if the rumors are true then we won’t have to wait long to see how Apple envisions the world with their own search engine. Search still permeates everything in our everyday lives, and for Apple there is a clear strategy linked to an Ads-based business model that complements the direction they are moving in with Services.