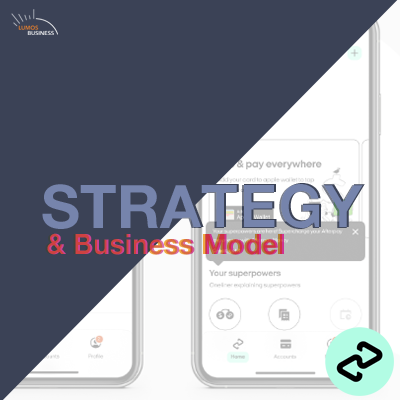 Australian-based Afterpay was one of the early pioneers in the BNPL (Buy-Now-Pay-Later) credit space, turning it into a $25 Billion+ sensation.

Now the company is embarking on a strategy that shifts the business model towards something more closely resembling a bank, creating both risks and new opportunities into the future.

The original Afterpay business model was groundbreaking – and still is in many ways – because it charged the retailer (and not the consumer) a % fee and created a relatively high-margin model in the Fintech credit space that has helped propel it a near $30 Billion valuation as of right now.

Afterpay’s merchant fee oscillates between 3 – 7% + $0.30 per transaction (average Income Margin of 3.8%), but for consumers they continue to offer a no interest, no fee 4X Installments plan. Retailers generally like BNPL because their AOVs (Average Order Values) and Conversion Rates are driven up significantly, while Return Rates generally drop exponentially.

In Australia, Afterpay is the dominant BNPL platform. In the über competitive U.S. market, Afterpay is competing against the giants of BNPL, including Klarna, Affirm, PayPal, and a host of other smaller platforms.

Because the core market is retail sales – both online and offline – BNPL players compete at the checkout, with the U.S. being the prized market in the short, medium, and long-term. It’s not just the BNPL companies themselves, but their technology partners who are competing to win in this market.

Affirm’s integration with Shopify‘s Shop Pay is one example of how tech titans are getting involved in this space. Because they already command a huge advantage in the eCommerce space with their respective merchants, every major eCommerce or payments-centric platform is engaged with BNPL at this point, either directly or indirectly.

There are quite a few players in this space, but there are very few whose values align with ours. We view ourselves as a software company. We really would like to get out of the business of banks, if only banks could do their goddamn job. So we looked for software-first solutions. We care a great deal about transparency and consumer protection. We don’t like hidden fees.

Which means that while BNPL is itself about retail sales and credit today, it starts to become more about banking in the future. Afterpay itself has partnerships with Adyen, Stripe, and more recently Squarespace.

This is where the Afterpay Money Strategy & Business Model starts to come into view. It is not just that Afterpay is an ‘app,’ but increasingly it is becoming a marketplace with the power to influence its customers purchasing and savings habits.

Investment bank Jarden said in a report last Friday it thought the 27 million monthly leads Afterpay sends to retailers, through its shop directory and loyalty schemes, meant it was increasingly valuable as an advertising marketplace business.

Afterpay is differentiated among the other top BNPL brands because – as of today – it doesn’t offer a BNPL Financing product like Klarna and Affirm, which acts as a pseudo credit card and charges interest rates that trend towards the credit card bandwidth of 20%+ (depending on the soft credit check). Afterpay has the lowest ATV (Average Transaction Value) in the space, but the highest Transactions per Customer among major BNPL players. The mechanics of their customer base are thus much different than both Affirm and Klarna, and likely more comparable to PayPal’s Buy in 4 product which caps purchases at $600 (soon to be lifted to $1,500).

Afterpay recently moved its upper limit from $1,000 to $2,000, whereas Klarna and Affirm have much higher limits ($10,000+) but offer the BNPL Financing product (with attached interest rates) in its place, leaving customers to pay interest rates that are dependent on the term of the BNPL Financing agreement (6 – 36 months). In contrast, if a customer misses a payment with Afterpay, there is a $10 late fee if the payment is made within a week, plus additional fees up to 25% of the purchase price.

Afterpay has 13 million+ customers, 8 million+ of which is considers ‘active’ on a monthly basis. The journey towards moving from a ‘BNPL Customer’ to an ‘Afterpay Money Customer’ happens when they use their linked debit account to open an account, and then can start using it like a bank account (deposits, savings, etc.), assuming that the service is running in their jurisdiction (Australia is the first prototype market).

Because Afterpay has the Captive Ecosystem, it can test these types of ventures in a much more efficient and streamlined way than other companies. So while there are risks, the bet is that the company can capitalize on an increasing digitization in the banking sector and leverage the trust many of its customers already have in the brand for the BNPL credit product.

North America is the fastest-growing market for BNPL between now and 2023, so competition will remain stiff in those markets for Afterpay – the strategy there remains growing market share.

But in its home market(s) of Australia and New Zealand, the company is launching their own debit card – Afterpay Card. This allows in-store payments, along with the traditional eCommerce payments, and serves as a bridge between the online and offline worlds of BNPL. The launch of Afterpay Card is in line with both what Klarna (EU) and Affirm (U.S.) are launching in their home markets.

Afterpay Card is the gateway to the launch of Afterpay Money in 2022. When the card first launched, it had 650,000 new sign-ups in the first 3 weeks.

“Work continues on bringing Afterpay Money to life with launch expected in H1 FY22,” it said.

Afterpay’s moves are being met with responses from competitors in the Australian market. Recently, PayPal – whose strategy is linked around the concept of the ‘super app’ – launched their own no-annual-fee credit card to compete with Afterpay.

The buy now, pay later (BNPL) sector, which is incredibly popular among younger generations, has started to eat into the credit card market, with companies like AfterPay, Zip, and Klarna seeing strong growth in recent years.

Among the challenger banks, payment processors, and BNPL providers, Australia looks set to become the ‘testing hub’ over the course of the next 12 months, serving as a proxy for what will likely become an all out war in the retail banking sector in 2022 in North America and beyond.

As the competition increases, margin pressure starts to become a real potential problem for the likes of Afterpay and other BNPL players. As retailers/merchants are the gateway for both BNPL providers and payment processors, a war for market share could hurt profitability in the mid-term. New regulations are another headwind that could negatively affect the sector.

That is one reason why the timing of Afterpay’s strategy could turn out to be perfect. They were ahead of the game with their BNPL model 5 years ago – despite not being the first player in the market – and they may be ahead of the market with this move.

It also reflects a belief that Afterpay’s profits will swell as it moves from BNPL into the lucrative world of banking, which it is doing soon through a partnership with Westpac.

The partnership with Westpac allows them to use the incumbent bank’s infastructure (BaaS – Banking-as-a-Service) and banking license to begin offering the savings account around Afterpay Card.

Once the company tweaks all the dials of the Afterpay Money model – including everything to do with banking licenses – it will scale the model globally.

This means Afterpay could potentially roll out the Westpac service to all of its global customers. The company did not comment on whether it would actually use the Australian bank for a global rollout, but reiterated that Australia is the blueprint for its international expansion plans.

Unlike most challenger banks, Afterpay Money has the distinction of having a large group of both merchants (SMBs and large retailers) and consumers. That means that they can unlock banking products to both sides of the platform.

As an example, SMB lending is one of the possible business lines they could launch for merchants, and one their executive team is actively talking about.

“For small businesses, access to capital or other adjacencies are such an important tool for those merchants to have,” Hatton said

We have seen the opportunity set around business credit that company’s like US-based Brex are tackling and how big the addressable market for B2B payments is.

On the consumer side, one of the elements to the new model built around deposits and savings is the ability to remove the reliance on 3rd party financing vehicles to fund the ‘receivables’ model that BNPL relies upon. Afterpay pays the merchant out at the moment of the sale (minus its fee), but relies on collecting the outstanding receivable from consumers over a 6 week period.

Having its own base of deposits would enable a cheaper cost of capital for its core business, but also open the door for the NIM (Net Interest Margin) spreads between what it will pay depositors versus what it will lend money out at.

Most challenger banks typically offer above-market saving APY (Average Percent Yield) rates to lure in deposits in the early stages. As we have seen with Chime in the U.S., if a challenger can get its customers to start using its debit card as their primary means of purchase, a very lucrative business model can be built on interchange fees each time the card is used.

Chime customers average 50 card transactions a month, according to Britt.

From that point on, the sky is the limit on the consumer side of the Afterpay business model.

Afterpay Money could be put to all sorts of lucrative uses in years to come, including referring customers for mortgages, providing cash-back offers for retailers, and offering cryptocurrency or share trading.

The advantage of having a large cohort of younger customers is that Afterpay can profit from their lifecycle from lower value products all the way up to mortgages in the future, if they decide to go down that route.

Banking on GenZ and Millennials

Afterpay has its critics and has increasingly come under regulatory scrutiny as they scale their BNPL credit business up. In a challenging economic environment where consumers are likely to take on more debt, the need for regulation becomes more and more paramount, especially for a product like BNPL that falls outside of the legal definition of a loan in markets like the U.S. Class action lawsuits, as we recently saw launched in the U.S., are part of the risks of being in a grey area of the market.

But BNPL companies like Afterpay found their early adopters in Millennials and GenZ, two generations that are becoming more and more adverse to debt and the fee-soaked models of traditional banking. Creating snazzy mobile interfaces is only one part of the solution. And while switching primary bank accounts can be a big process, there will not be any love lost in the younger generations between the young generations and incumbent banks.

By 2025, the Millennial generation will be bigger than the Baby Boomers, and Gen Z will be where the Millennials were a few years ago – the big influence in the market. There are big differences between the two generations, especially when it comes to money. But they are aligned in the overall direction they expect the financial services market to move in the future.

And as we saw since the onset of the pandemic, incumbent megabanks can lose market share in a hurry if the right products exist in the market as happened in the U.S.

Overall, Afterpay is hoping to ride the demographic tailwinds of the younger generations and make a big splash in the retail banking sector with its Afterpay Money strategy and business model. Australia will be the first the first test market in early 2022, and then from there they will try and scale it into international markets. The success of the model is TBD, but there is no doubt that the market is fundamentally changing and ready for new models regardless of who wins in the end.