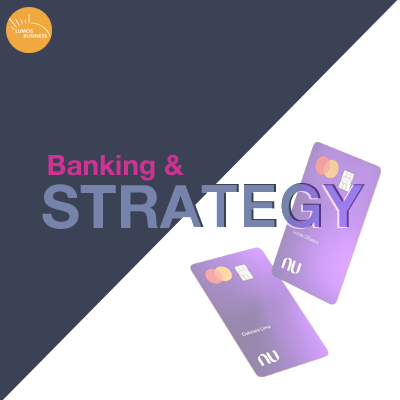 Brazilian Challenger Bank Nubank is planning to test launch a Nucoin token to 2,000 of its most loyal users in the months ahead.

The question is what is the strategy for a digital banking platform with more than 70M users stretched across Latin America?

Nubank has arguably been one of the most successful of the Challenger Banks to date. To list a few of their many accomplishments:

Nevertheless, it has been a hard year for the fledgling digital banks. Headwinds related to interest rates and inflation have crushed most technology-related stocks and crashed equity prices to 90% below their 2021 peak in some cases. Nubank is down more than 50% YTD.

And so the table is set for strategic moves, and in the case of Nubank it appears to be the launch of their Nucoin token, slated for Q1, 2023.

Brazil is a country with more than 200 Million people and a large portion of those who are ‘unbanked.’ But even among ‘the banked,’ Brazil has major problems:

Nubank’s Value Proposition has thus landed in the Brazilian market for many reasons, but principally because the need there is so high:

As we can see in the graphic below, however, all of the above doesn’t necessarily translate into a massive, income-generating machine like the Megabanks they compete with.

Latin American countries offer a world of opportunity for the Nubanks of the world, but there are revenue-growth limitations that suppress their profit potential relative to both the local banking competition and other Fintechs who operate in markets like the USA.

It is estimated that Nubank has a Customer Acquisition Cost of $5, which is considered phenomenally low among Fintechs. It is even lower than Cash App’s (owned by Block), with the obvious difference being that Cash App operates in the U.S. market, a market with much more revenue upside per user (see SoFi data above).

All of this sets the context for the inception of Nucoin, a potential spanner in the works to differentiate them from both local Megabanks and international Challenger Banks.

2022 has not been a good year for cryptocurrencies – that is probably the understatement of the year. In many ways, the news has gone from bad to worse on the back of fraudulent exchanges and massive balance-sheet blowout. Trust has been crushed.

Nubank has a decent Customer Relationship with its clients. The 8.7 NPS stands out in most articles; however, looking at Reviews on sites like Facebook, there seems to be challenges with Customer Service, which is a problem common among Challengers who have no physical presence. Nevertheless, trust in the brand remains very high.

As with most of these types of businesses, there are Power Users that absolutely love and adore the business.

The strategy behind Nucoin is to rewards users, almost as a loyalty program. Powered by the Polygon blockchain, the program will roll out in early 2023 to about 2,000 users, who will be airdropped the tokens digitally. Interestingly, the token will not be pegged to any fiat currency, it will be free-floating like Bitcoin and Ethereum.

The key link here is to community. NuCommunity is a bespoke site on the Nubank platform where users engage with one another based on commonly-asked questions, etc.

And so we can, there are three dimensions to this Strategy in relation to Banking:

The fact that it is a blockchain-based token is secondary to the fact that it is a unique rewards + loyalty incentive. The company already offers cryptocurrency trading on its platform – a program that has more than 1 Million users – so we know there is demand for digital-currency type of incentives.

Most rewards programs are passively linked to spending with a value pegged to local fiat currency. Nucoin is itself a type of ‘digital asset’ presumably pegged to the underlying success of Nubank itself and engagement from within the NuCommunity.

There are major risks to this type of endeavor and the program won’t be without its critics, not to mention potential regulatory hurdles related to tokenization of an asset. But if the goal is to truly ‘take on the banking giants‘ then these types of risks fit the profile of a ‘Challenger’ in the banking industry.

Overall, Nubank has been one of the high flyers to date in the Challenger Banking industry, offering lower credit card rates than incumbents and a low-fee debit account to build a user base to 70M+. Now they are planning to tokenize some of that brand equity and see if it can kickstart further revenue growth and engagement across its network of Power Users.

Community is the next Business Model Thrust