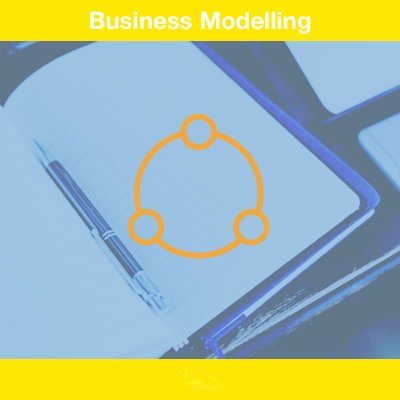 No business wants to be stuck on the merry-go-round of needing to always acquiring new customers to stay afloat. But there is deeper data that shows some critical elements to driving consistent and sustainable referrals across the business, which we dive deeper into in this post.

At a high-level, if we think about our customers from the P&L perspective (as discussed in the Customer Value context) then we are looking to maximize the LTV (Lifetime Value) of a customer.

To do this requires a basic conceptual framework beyond headline metrics. Revenue and margin are the two most obvious ways to measure Customer Value in a traditional sense, but beneath the headline metrics is an array of data to support certain strategies, that in one form or another are designed to maximize LTV and minimize CAC (Customer Acquisition Costs).

Actions to drive acquisition at a low cost and maximize retention are thus, conceptually, the best approach.

Lessening the need to continuously bring in New Customers to drive margin and profitability is the key to keeping CAC (Customer Acquisition Costs) down, and margins (on a customer basis) up.

Referrals are one of the best absolute ways to achieve this. The rationale is pretty simple – a referral gives customers confidence in the brand from the very beginning, and creates a ‘stickiness’ that is much lower compared to other acquisition channels.

The lifetime value of referred customers, measured over a six-year horizon, was 16% higher, on average, than that of non-referred customers with similar demographics and time of acquisition.

Statistically speaking, we know that an offline-word-of-mouth referral will drive 5X more sales than paid ads. A referral by a friend means that the customer is 4X more likely to purchase.

Furthermore, within any great business that is worth its salt, 83% of satisfied customers are willing to give a referral. But they need an incentive, as only 29% actually do give a referral.

Explaining the gap between of 54% between those who are willing to give a referral and those who actually do can be done through the basics of consumer behaviour. If actions are not made both explicit and actionable, then most people simply won’t do it.

Sure, getting people to leave a review on Google or other industry sites can be helpful. But we have seen how some of the world’s top businesses built engines of growth through referral programs that give a mix of cash, social, and/or preferential incentives to their customers.

Assuming that a company wanted to give a cash incentive to their customers in order to drive more referrals, the question is how do you calculate how much to give?

Let’s say a business says ‘we will give you $10 off your next order for each new referral.’

What is the cost to acquire a customer through other means?

If the CAC for that same business is $25, for example, then why not give customers a $25 incentive instead of $10?

For most, the answer would be – reflexively – that a $25 incentive would eat into their margins. But if we zoom out, the referral cost is a CAC cost, not a margin cost. It doesn’t come out of the margin for their next order, it is essentially a marketing expense.

Taking data from luxury-eCommerce platform Farfetch’s business model, for example, we can see from the modelling below that the revenue per customer after acquisition creates a high LTV. This means that there is a corresponding CAC that can be modelled in relation to the expected lifetime cashflows in a NPV (Net Present Value) sense.

Back in its early years of hyper-growth, Farfetch had a stable and measurable CAC.

In this light, looking at this data from a high-level, we can see that the ~$100 spent in ‘demand generation expenses’ on average for all new customers is worth it.

If we were modelling the data from the business to form the baseline for a referral program, these numbers would be the starting point.

If, hypothetically, Farfetch had launched a referral program with a $100 bonus to anyone who referred new customer(s), this would not be a variable cost that would eat into margins. It would be a demand-generation expense that would lead to the same expected returns as all other customers.

Except, based on some of the data in the intro, we would anticipate that a ‘Referral Cohort’ would spend more than new customers acquired in other channels.

One company that used a referral strategy to blueprint their entire growth strategy was Paypal. To kickstart network growth, they offered users $20 for each new user they referred, which was deposited as cash into their accounts.

The business – which was VC backed – actually spent $60 – $70 million on this strategy. But as discussed above, it wasn’t a margin-eating expense that sank the business into obscurity – it was the opposite. They achieved 7 – 10% daily user growth and exploded to 100 million users before being acquired by eBay.

The reason that they did it though is because their survival depended on it and no other strategies were working. Naturally, we can see that this structure was not sustainable, as they had to start dropping the referral from $20 to $10 to $5 to nothing.

It is not a strategy that can exist in a vaccum. A careful analysis of the marginal profitability per customer over time is the starting point, versus the cost to acquire those same customers on average.

The point we can see above is that $20 was a substantial enough amount to move the dial and incentivize people to refer as many people to Paypal as they could. If the referral was $2, the results would not have been the same. At the same time, $20 was obviously too high for Paypal to sustain, meaning that they had to scale it back significantly.

Nowadays, there are so many plug-in technologies and programs to aid in the creation of a referral program. The execution of the program from a communications, marketing, and financial perspective are imperative to its success. But the first step is to model it and understand the levers of the customer base relative to what would be expected in any referral program.

Obviously a P2P Payments network will have different ambitions and CAC/LTV data than a luxury eCommerce platform. But the core concept is the same – without a strong enough incentive, the majority of satisfied customers WILL NOT refer new customers to the business.

That’s why in the case where the cost to create a lucrative enough referral incentive may jeopardize the cashflow of the business, there are countless example of more social incentives that make people feel good about their participation in that same business. We saw this in the explosion of donation-based crowdfunding, for example, where many participants encouraged their friends and family to support a new business or product and only expected social rewards in return.

The key is to understand the numbers, first, and then identify the levers to launching a successful referral campaign based on the dynamics of the customer base. If the referral program is not first modelled in this respect, then all the elements of execution will be misplaced at best and potentially a net negative to the business at worst.

Overall, data shows that referrals are the best-performing Cohort across businesses over time. They are more likely to purchase something sooner, spend more, and become loyal long-term customers when compared to customers that originate from other acquisition channels. 83% of satisfied customers are happy to refer customers to a business, but only 29% actually do because they lack the proper incentives. Modelling out the right incentive and structure is the key to launching a successful referral program.