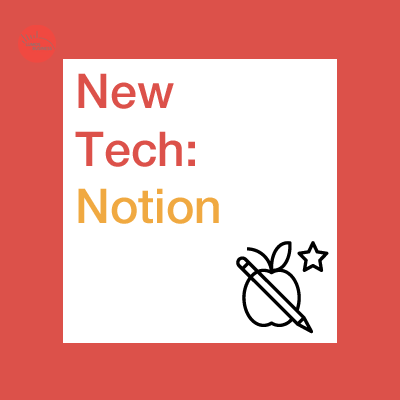 Sometimes ‘The Tech’ is advanced technology that revolutionizes humanity. Other times it is a high-tech widget that automates some task in our daily lives.

And then there is technology that is more about the design than the technology itself, a use case that often leads to some of the biggest innovations in history. Product management app Notion probably fits into the latter with its focus on minimalism, flexibility, and community-driven creation of templates.

There are 100s if not 1000s of Product or Task Management apps available today. A lot of the more popular ones – Trello, Asana, Basecamp, etc. – follow some form of prescriptive approach based on the design of the software itself. The design of both the front and back-end of the software determines how one can use it and there is very little latitude around that design.

The use cases for these types of apps are endless. Some use them to take personal notes, organize errands, and structure goals/tasks. Others use them to narrate their ideas, index research, and structure thoughts. Organizations typically use them in a very product/task-centric way, which is why many have no choice but to log tasks/notes just for the sake of the organization.

Like many things nowadays, these types of apps can zap creativity. The design of the majority of these apps are optimized first and foremost for the enterprise, which makes sense as that is their client. But this is not the type of ‘systems-level’ design that facilitates creativity.

A pen and paper, for example, can be used to both write a task list and/or draw a crazy cartoon. Those who thrive on ideas can write down a daily to-do-list in the morning on one side of the paper and jot down the next big idea on the other. Pen and paper is both structured and flexible at the same time. This enables a type of creativity.

In that vein, we look at Notion through a creative lens. Its flexibility can be a barrier at the beginning, as to understand it one needs to play around with different functions and designs. But once someone finds their ideal setup and approach, its overall structure can fuel personal productivity and organizational management at a holistic ‘systems level’ and potentially change the nature of work for individuals and entities alike.

*Note: This is a ‘New Tech’ post to explore different dimensions of technology. It is not advice to use Notion and any use case should be analyzed against factors such as user needs, data security, and preferences.

Most people see Notion as a ‘note-taking’ or ‘product management’ app or simply a ‘blank canvas.’ The product – in whatever way it is used by its users – boasts more than 20M MAUs (Monthly Active Users); it is far from a niche product.

Notion (the all-in-one workspace)can be a valuable tool to use for project management (whether for organizations or individuals). Its core purpose is not project management (while other tools like Trello and Click Up focus on that). Notion appears to be a generalist app, so to speak. It can serve multiple purposes at once, doing a great job at many of them.

Below is an example of a typical ‘Tasks’ database that one could use to manage a project.

‘Tasks’ and ‘Projects’ are the two most notables use cases for structuring Notion templates, but the design is built on essentially one-click databases that allow users to setup a flow based on their specific use case or business.

There are one-click templates within the Notion platform that offer users the ability multiple configurations for both personal and/or business use.

What Notion is, is as much up to the user as they want it to be (within a certain scope), similar to a piece of paper. It can be used as a ‘generalist app’ for multiple different use cases, or it can be structured with many layers of features on a very specific use case like a piece of software would be.

The platform offers a free personal plan, along with different paid tiers that offer varying benefits and advantages.

Notion Labs was started in San Francisco in 2013 by a founding duo who wanted to reinvent workplace productivity.

In 2015, with the company nearly dying and on its last legs of cash, the founders were forced to cut their small team and sublet their office, before moving to Kyoto, Japan where they could continue on their Notion mission at a cheaper cost.

Their software, at the time, was suboptimal and built on a wonky tech stack, which means they were basically starting in Japan from square 1. It wasn’t until 2018 that Notion 1.0 was released.

“We focused too much on what we wanted to bring to the world,” Ivan put it. “We needed to pay attention to what the world wanted from us.”

When Notion 1.0 was released on Product Hunt in March, 2018, it received multiple glowing reviews, with some calling it “a milestone in the history of design” and other commenting “very Windows 95.”

By 2019, the company had it first 1 million users, before reaching 4 million in April 2020. 80% of its users are outside of the US, and in fall of 2021 they saw a surge of viral growth due to GenZ posting TikToks of themselves using Notion in various settings.

But it wasn’t prepared for Gen Z which, it turns out, loves a minimalist note-taking tool and workspace  – to tune of tens of millions of views, and hundreds of thousands of likes.

The surge was so big that they were forced to overhaul their server infrastructure just to keep up!

Sometimes ‘the tech’ is as much about design as it is about technology. To make database-level software ‘fun’ and seemingly interactive is no small feat.

The technology is basically a database of databases.

Everything you see in Notion is a block. Text, images, lists, a row in a database, even pages themselves — these are all blocks, dynamic units of information that can be transformed into other block types or moved freely within Notion. They’re the LEGOs we use to build and model information. And when put together, blocks are like LEGO sets, creating something much greater than the sum of their parts.

The Blocks architecture around the ideology of ‘LEGOs’ paves the way towards connecting multiple different APIs, data types, etc. within one application. But as we can see with the visuals in this post, this isn’t a typical SQL software. The design drives the connectivity of databases, not simply the back-end architecture of the Notion platform.

Ivan and Simon used the 180+ comments across Notion’s first couple of launches to highlight their tool’s values over its competitors and to collect valuable feedback from high-interest tech people. This feedback helped to shape later versions of Notion.

The founders not only nurtured and iterated the product through feedback garnered on Product Hunt, but they also wanted users to DIY and launched an API in 2021, encouraging developers and creators to have at it and create their own custom templates.

A cottage industry of Notion-template creators has sprung up to help get individuals and entities over the initial hurdle(s) and unlock the value the software offers.

Clarity OS and Daily Foraging are two examples of templates that exist to download from Notion creators. There are a mix of templates available for free, and another level of them that cost money to download in about the same cost bracket as consumer software ($75 – $300). This helps drive the innovation, as many users will struggle with the ‘blank canvas‘ approach that Notion is designed around.

The innovation is thus multi-faceted, between the technology, the design, and the community of creators who push the limits within the platform’s architecture to create effectively their own types of operating systems (OS).

But without the community at the heart of the innovation, there would be little way for Notion to create a sustainable competitive advantage in the long-term, as others could simply copy them.

“There’s this real love and passion for the product that comes from people feeling like they can create things,” he says. “Notion is becoming a product where people are creating amazing things and building businesses on top of that.”

Now that we see many compelling businesses being built on top of Notion, it paves the way for future innovations that will be hard for other competitors to match.

Notion is setup on a database structure whereby the database is linked together by multiple different properties. At the outset, this type of flexibility can cause some confusion and takes a bit of time to get used to, but it becomes a powerful feature of the underlying technology as we get deeper into Notion.

From within the structure, the software creates different layers of functionality around the various properties. These include, but are not limited to:

As mentioned above, there is a cottage industry of Notion-template creators who have already figured out how to optimize the software for various types of different organizations or ways of working. Notion itself includes many different styles of templates.

Beyond that, Notion offers several ‘integrations’ of 3rd party services via APIs. Google Analytics, Google Docs, Figma, other Project Management platforms, etc. can be directly ‘plugged in’ to any Notion page to help make it a dashboard of sorts.

Notion supports Markdown, so a lot of these different configurations and functions require quick ‘codes’ and they can be used to quickly develop pages that have multiple different elements.

The Notion API is a huge part of the technology stack and strategy, which was developed as a JSON API. As shown above, the launch of the Notion API opened the doors for many new template creators and developers to build their own Notion templates. In the context of the Blocks data model, this required some deep thinking and execution in order to make it workable given how flexible Notion truly is.

Overall, we can see that Notion has a unique story that took the founders from San Francisco to Kyoto, where they found the necessary inspiration to launch a minimalist and highly flexible product that has since spurred a massive following worldwide. The design of Notion is what spurred its growth up until now, but it will likely be a loyal community of creators and users who help continue to drive innovation across the Notion platform.

How Do We Choose What We Choose? Behavioral Science