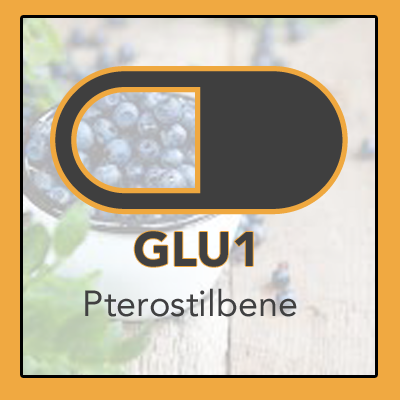 In Part 1– Celiac Disease and My Story – I outlined the main tenets of the disease, my story in relation to it, and a lot of the symptoms that I both experienced and are commonly experienced. In Part 2 – Diamine Oxidase & Histamines – I looked at solution pathway(s) in relation to histamines and specifically DAO. In this post, I explore another relevant solution pathway around Pterostilbene.

NONE OF THIS SHOULD BE CONSTRUED AS ADVICE, AS WITH ANY POST OF THIS NATURE, TALK TO YOUR LOCAL MEDICAL PROFESSIONAL IF IT APPLIES TO YOU.

In Part 2, I talked about my original discovery around Resveratrol back in 2016 and why I believed it may have worked as sort of an aspirin of sorts during a negative gluten reaction.

One thing I logged from that time (2016), is that the version of Resveratrol (100mg) that I took was a combo between Resveratrol and in this particular case Pterostilbene (25mg) and Quercetin (125 mg). I use Quercetin often (as an anti-inflammatory and anti-histamine), but it is quite different than Resveratrol in terms of its therapeutic mechanism and delivery. Pterostilbene, on the other hand, is a similar compound functionally to Resveratrol, but because of its chemical properties it is more easily absorbed into the blood stream (bioavailable) and therefore potent.

In Part 1, I outlined in the research that for seemingly unknown reasons, there is a strong correlation between Celiac Disease and Type 1 Diabetes. There is also a link between Non-Celiac Gluten Sensitivity (NCGS) and Type 2 Diabetes. The commonality from a symptoms perspective with Celiac seems to be insulin resistance of some form.

This post outlines some of the research behind Pterostilbene in relation to concepts discussed in both Part 1 and Part 2 about the liver.

Pterostilbene is a naturally occurring polyphenol compound found principally in blueberries, grapes, and other berries. Like Resveratrol, its role in the plants it is found is to act as a deterrent (anti-microbial, etc.) to pests/invaders. For this reason, the body reacts to it in a certain way that is different than many other types of supplements, and why theses types of polyphenols (including Resveratrol, Curcumin, and others) can have a particularly strong and targeted impact in the body.

A lot of research is being done on Pterostilbene in the current moment in relation to diabetes, liver conditions, digestion, and other conditions. The fact that Pterostilbene also works on the SIRT-1 (cell regeneration) pathway shows how similar in some ways it is to Resveratrol. But the above indications are different than what the core applications of Resveratrol are (heart health, etc.), showing that the small differences in biochemistry of the molecule may have a big difference in the body.

The above research pertains to animal models, so in no way is it conclusive. But it correlates in some ways to some of the other research on Celiac and associated conditions (Diabetes, etc.), which merits a deeper look.

As I discussed in Part 1, I believe Celiac is much more of metabolic disease than a digestive disease. It is most commonly described as an ‘autoimmune disease’ because the body is essentially attacking itself at the small intestine level when gluten is present. But removing gluten from the diet – while essential and helpful for improving the harshest symptoms – does not resolve the disease long-term for a near majority of those diagnosed with Celiac.

The problem with trying to interpret – and thus take action to resolve – the different symptoms is that they span from indigestion, to anxiety/depression, to infertility, to poor absorption of minerals in the diet, to skin conditions, and onwards. The correlation to Histamines & Diamine Oxidase outlined in Part 2 showed at least one possible correlation to the seemingly endless possible variance around the symptom profile around Celiac.

Part 1 outlined how Celiac affects upwards of 1% of the population in the West (depending on the country); yet ~83% of those remain undiagnosed or misdiagnosed. In my view, this is principally because most people view it is some kind of digestive disease/disorder that can be resolved with a gluten-free diet, which most people see as a “trend” now. I would argue that this is not true, and furthermore there are multiple products that people don’t know have gluten in them (ie. soy sauce), and many products that are mislabeled or ambiguously labeled (particularly when it comes to candy and products with oat flour). This means that even with a dramatically increased prevalence of gluten-free products, the risks for those with the disease still remain as high as ever.

Putting a metabolic “frame” around Celiac is helpful to begin to understand some of the data shared below, which was taken from the Journal of Gastrointestinal Pathophysiology in 2011 titled:

High Glucose levels in at least some Celiac patients (Part 1) are potentially correlated to the prominent link to Type 1 Diabetes (insulin production in the pancreas), while those with NCGS (Non-Celiac Gluten Sensitivity) display a correlation to Type 2 Diabetes.

High Cholesterol levels in at least some Celiacs patients (Part 1) are likely linked to liver problems and a similar symptom profile seen in many Celiacs to ‘fatty liver disease‘ (steatosis). Cholesterol is processed in the liver.

The above-linked study (Resolution of Metabolic Disease After Following a GFD) shows the metabolic nature of these three problems and how each one returned to within or near a normal range for the Celiac patient following 6 months on a gluten-free diet. The problem, as you can see, is that these are but three of many potential biomarkers and there are additional complicating factors that could trigger one or more to go back to unhealthy levels even while on a strict gluten-free diet.

As the below study shows (Patients with celiac disease are at high risk of developing metabolic syndrome and fatty liver), many major metabolic markers actually get worse for those with Celiac, even after 12 months on a strict gluten-free diet.

The Liver – Transaminase and Histamines

Transasminase is the main enzyme level that is mentioned in relation to those with Celiac who are also experiencing liver problems. Some conditions described in relation to this are: cirrhosis, autoimmune hepatitis, sclerosing cholangitis, and generally, fatty liver disease (steatosis). Transaminase (aminotransferases) are enzymes that catalyze a transamination reaction between an amino acid and an α-keto acid.

In Part 2, I mapped out a strong correlation to histamine levels circulating in the blood plasma due to insufficient levels of Diamine Oxidase. High histamine levels are known to have a negative effect on the liver, especially if they remain elevated in the blood for long periods of times.

One mechanism – transaminase – is linked to intestinal permeability, which is the hallmark of Celiac disease in the small intestine. The other mechanism – high histamine levels in the blood – is linked to mast cells, which are components of white blood cells in the innate immune system. They are mostly found in connective tissues in the body (near blood vessels, lymph nodes, nerves, digestive tract, etc.) and connect more to the ‘autoimmune’ dimension of Celiac.

While both are very different and ultimately uncorrelated (at least at this point), they both have a significantly negative effect on the liver. And that’s why to bring this post full circle, I look at the latest research surrounding Pterostilbene and the liver.

REMEMBER, NONE OF THIS SHOULD BE CONSTRUED AS ADVICE, AS WITH ANY POST OF THIS NATURE, TALK TO YOUR LOCAL MEDICAL PROFESSIONAL IF IT APPLIES TO YOU.

If there are various metabolic enzymes and lipids being negatively affected in the liver – by one mechanism or the other – then Pterostilbene’s main property of reducing plasma (blood) lipoprotein conncentration , cholesterol levels, and liver lipid accumulation is noteworthy.

Keep in mind, that there is open debate on the subject of Pterostilbene given some controversy several years back about whether or not Pterostilbene actually did reduce cholesterol levels (see study here) or whether it can actually increase them. The linked study was dealing with the controversy surrounding the addition of Pterostilbene to NR (Nictotanamide Riboside) as a SIRT-1 activator. These types of products are typically sold as anti-aging supplements or energy boosters.

Outside of that controversy, however, a large body of research shows that Pterostilbene alone can act to affect liver-related enzyme and lipid pathways in a positive way. The activation of SIRT-1 is often talked about in relation to NAD+, Resveratrol, and evidently Pterostilbene, as this cellular pathway is a major focus for those in longevity/anti-aging circles. Not to say that there is no correlation between SIRT-1 signalling and liver enzymes, but people who search out one solution (ie. anti-aging) are not necessarily searching out the other (ie. liver function), and vice-versa.

As mentioned in Part 2 and at the top of this post, my experience with Resveratrol was life-saving in a sense that it alleviated the worst of the symptoms in 2016 when I had a bad gluten reaction, much in the way one would expect an aspirin to work. The linked research at the top of this post (Comparison of the inhibitory effects of resveratrol and tranilast on IgE, 48/80 and substance P dependent-mast cell activation) showed that it is within the realm of possibility that Resveratrol could work as effectively an anti-allergy medication and prevent mast-cell activation. This is consistent with my own experience with it, and also syncs well with my more recent discovery of Diamine Oxidase as an effective remedy in the event gluten reaches my small intestine.

I did not need Resveratrol for heart health or anti-aging purposes, and this is where Pterostilbene potentially comes into the equation. I have tested Resveratrol independently of any other supplements, but I have never tested Pterostilbene independently. Recent studies like below (published in November 2021) indicate that Pterostilbene may indeed work via the SIRT-1 pathway as a new treatment for cholestatic liver disease, which is one of the liver conditions linked to Celiac.

This information alone means that it merits a look in relation to Celiac disease. General advice on many sites list potential side effects as being limited to raised LDL Cholesterol levels (as mentioned in relation to the study with NR in this section) on a dose up to 250mg. My personal experience with supplements like Resveratrol, Curcumin, etc. is that you don’t want to take a super high dose (negative on kidneys), and you don’t want to take them everyday (can mitigate some of the the therapeutic upside if the body habituates to it over the mid-term).

But I believe that Pterostilbene could become an important part of the arsenal . I am planning to test it in conjunction with Resveratrol at first as a “pre-load” innovation (taken before meals with likely exposure). Diamine Oxidase works very well for me “post-exposure” when the gluten molecule effectively sits in a hyper-inflamed small intestine. Products related to ‘methylation’ such as TMG (trimethlyglyince), B6, B9, and B12 are also in my regular rotation, as they help strengthen the metabolism and liver function independent of a gluten reaction.

I plan on testing standalone Pterostilbene over a series of months to see if there is any noticeable difference in my overall metabolism/digestion. I have identified one product that has a relatively low and equal dose to Resveratrol (100 mg) as a starting point, and will test that against Pterostilbene on its its own.

Any updates will be added to this section over time.

Overall, Pterostilbene may have a specific targeting mechanism to the problems that occur in and around the liver. As we have seen above, this is a key area for Celiacs and those with similar associated diseases; yet the liver is more often glossed over when looking at the disease, mainly because most see it as a digestive/autoimmune disease, despite the fact it has the hallmarks of a metabolic disease in many ways. Feel free to let me know any thoughts.

Part 4 – Naringenin and the Intestine