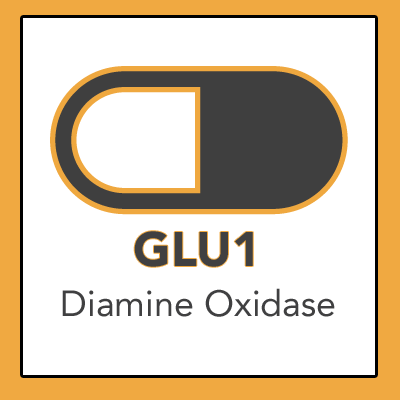 In my first post – Celiac Disease and My Story – I outlined the main tenets of the disease, my story in relation to it, and a lot of the symptoms that I both experienced and are commonly experienced. This post is more solution-focused, and while I would not use the word ‘treatment,’ it certainly appears that solutions exist in a future context depending on the framing of the disease itself.

NONE OF THIS SHOULD BE CONSTRUED AS ADVICE, AS WITH ANY POST OF THIS NATURE, TALK TO YOUR LOCAL MEDICAL PROFESSIONAL IF IT APPLIES TO YOU.

In this post, I will explore this statement in depth.

There is an open and difficult-to-resolve contradiction in Celiac that very few seem to question in my experience: that a gluten-free diet (GFD), while absolutely necessary for Celiacs, generally does not resolve the actual disease for most people over the long-term.

Clinical symptoms will improve on a gluten-free diet for the majority, but if they re-introduce gluten into their diet in any meaningful way they will return. ‘Refractory Celiac’ which constitutes about 30% of cases officially (and probably more in reality) does not improve at all on a gluten-free diet at the intestinal/auto-immune level.

As someone who has a science mind, and who studied Biochemistry in university, this simple fact would suggest that gluten is not itself the lone causative element of Celiac. It is a paradoxical medical problem that requires non-linear thinking.

It was a stroke of good fortune that I ended up in London, UK in in 2014 when my ‘immunological state’ hit rock bottom, as I ended up going from the ER > Private GP > Nutritionist who had the intuition and experience to zone in how gluten was effecting my body.

As I explained in my first post – Celiac Disease and My Story – on the subject, I did not officially test “+” for Celiac in a clinical sense. The original blood test I did in Canada in the summer of 2013 was “-” and without follow-up. As I mentioned, I didn’t even really understand what gluten was at that point, let alone Celiac. While I initially felt relieved about the negative blood test, my symptoms and state ended-up getting dramatically worse into the spring of 2014 when I had moved to London, UK.

Through a series of referrals via a GP (Doctor) there to a Nutritionist, I ended up getting a series of very advanced (and expensive) Cyrex Lab serum tests ordered, which you cannot actually get in Canada (or couldn’t as of 2019 anyways). These tests we ordered ended up showing three things:

My gluten sensitivity had devolved to molecular-level sensitivity by mid 2014. This was one of my first observations, was that there was a variance to my sensitivity.

I was also having problems with pollution (outdoors) and cleaning chemicals (indoors), which to me was an obvious liver problem. For this reason alone, I had to move (unexpectedly) back to the clean air of Canada in mid 2014.

In the interest of brevity, I will share that I realized that there were three huge problems I was having in late 2014 that I had to put my Biochemisty hat on to remedy:

I will come back to the above later on, but they are all extremely important factors. The early-stage outlook was horrendous until I started making breakthroughs in 2016.

One clarification I will make is that at no point did I take OTC anti-histamines. Even though I had had hives, etc. it wasn’t like a typical IgE reaction like one would have to bees, or pollen, or peanut butter. L-Methionine is a somewhat obscure supplement, but it worked very effectively for me.

This could be another section I write 10 pages on because it has been an extensive and exhaustive 7+ years of testing everything under the sun, so I am bulle-pointing most of this section for brevity.

The pattern I noticed with my continued tracking on it was a progressive targeting – and effectiveness – of the liver. For the record, I don’t have ‘liver problems.’ I also have a healthy lifestyle and diet, not to mention multiple possible supplements to boost the liver.

But related to L-Methionine, N-Acetyl Cysteine, Alpha-Lipoic Acid, Triphala (detox), Quercetin (as an anti-histamine) and others, I started to see an a new pattern emerge around the liver.

Symptoms are hell if you are the sufferer but they can also be clues if you are the researcher. I learned how to reduce the symptoms and focus on the clues, which led me to the liver.

Based on what I posted in Celiac Disease and My Story, the connection to the liver is clearly a major factor in the disease, but one you rarely hear about.

I mentioned L-methionine and how it helped me deal with early-stage outbreaks such as hives, etc. Histamine methylation – or lack there of – directly impacts the liver.

This image is titled ‘Your Liver on Histamine‘ on the blog Healing Histamines.

The next question you may ask is ‘what evidence is there to correlate Celiac diease to histamine levels?’

A recent (2021) , small study among those with the worst of Celiac disease (“refractory Celiac” where ~30% do not have clinical symptoms resolve on a gluten-free diet) showed > 50% testing “+” for histamine intolerance.

Histamine receptors are found throughout the body (including the liver) and are also linked to Mast Cells, which play an important role in the disease as well.

As you start to join the dots between Histamines – The Liver – Mast Cells – White Blood Cells – Immune System you can see how a blueprint starts to emerge of what is happening in the body metabolically and why the liver is negatively effected.

I could write an entire post on this pathway, but for the moment I am just highlighting the area of Histamine Methylation, as I very rarely see it mentioned in relation to Celiac. Suffice to say, to view the liver symptoms in relation to Celiac as “random” is a big mistake.

Reminder: none of this is to be construed as recommendations or advice. The part below is presented as an open thesis based on the simple facts that a) recent biomedical research aligns with it in some ways b) in my own experience, it works on gluten at the small-intestine level

At the end of the path is DAO (Diamine Oxidase), and I have both the research and experience to share.

First off, the research.

If this was the first section you read, and you compared this data to the Celiac Disease and My Story section ‘Symptoms and Other Complications’ you would see a near perfect correlation to the seemingly random symptom map associated with DAO deficiency.

DAO is synthesized in the kidney, intestinal lining, thymus – and normally – released into the gut where it degrades dietary histamines and prevents them from circulating into the blood plasma. As we saw above in relation to the liver, this is an extremely important point.

The fact that this research is from 1988 shows that this is not a ‘new’ correlation. What certainly appears to be new is research into DAO as a treatment. It is available OTC in supplemental form as a synthesis from ‘porcine kidney.’

A small, and inconclusive study was done in 2020 trying to link those with DAO (Diamine Oxidase) deficiency linked to symptom of Migraines, Non-Celiac Gluten Sensitivity (NCGS), and Celiac.

I would argue that this area should be much further explored with the additional layer of Histamine Methylation (L-Methionine, etc.) and the surrounding B-vitamin co-factors (B6, B9, B12), along with TMG (Trimethylglycine).

As for my own experience, DAO does the trick on gluten exposure, either incidental or direct. It works almost instantly and to a certain extent ‘unlocks’ the small intestine. The extent to which it works will be something I continue to investigate in relation to histamine levels and other related factors. It is not, in my opinion, a panacea but a VERY IMPORTANT OPTION for a disease that is allegedly untreatable.

Reminder: none of this is to be construed as recommendations or advice.

Histamine Block Plus: The DAO enzyme and copper in this formula support normal histamine breakdown in the digestive tract. Vitamin C, SAMe, riboflavin, Thiamine (B1) and others help the histamine imbalance

Methyl Guard is a daily supplement for me, Histamine Block Plus is more situational around gluten at this moment. Neither have any real known negative side effects, but my experience in taking these types of supplements over an extended time period can cause changes to your metabolism and biochemistry, so one needs to be careful regardless.

The area I believe merits further investigation is the B6, B9, B12 pathways and their synthesis. Normally, we can get these vitamins in our diet, but if the absorption is messed up in the intestine then this can feed a vicious negative cycle. The question for me is, can this cycle be overcome? If DAO is indeed deficient, can it be replenished so to speak?

Diamine Oxide is dependent on Vitamin B6 synthesis, which is derived from P5P. (Vitamin B6 Fact Sheet)

Overall, this is Part 2 of a two-part series about Celiac (Part 1). There will be a day when we solve Celiac and help the millions of people who suffer around them. My goal in writing about my experience is to try and catalyze the solutions pathway, not dig deeper into the problems pathway. Feel free to let me know any thoughts.

GLU1 (Part 3): Pterostilbene and the Liver

GLU1 (Part 4): Naringenin and the Intestine