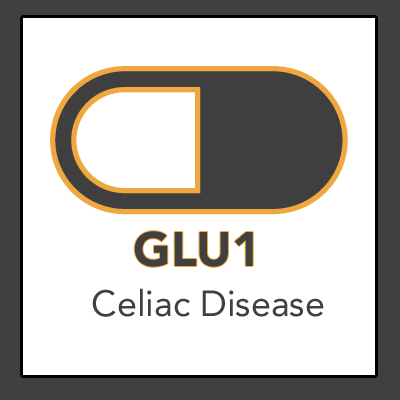 Celiac disease affects tens of millions of people worldwide. The framing of the disease is that it is effectively of ‘unknown origin’ and without treatment, and the only concrete course of action is to avoid eating gluten for life. The problem is that not eating gluten doesn’t cure the disease, which is paradoxical. This is Part 1 on the topic and principally deals with the known dimensions of the disease itself, while Part 2 deals with ideas around solutions in a more non-linear way.

I have chosen to write this post in a way that deals equally with the facts surrounding the disease as the behavioural psychology and emotional dimensions that highlight the true impact it has on so many individuals’ lives.

Gluten itself is essentially the ‘glue’ in wheat, barley, and spelt; it’s what gives bread and all that delicious baking its soft, chewy texture, which explains why the actual consumption of gluten has exploded worldwide in the past decades. Few would argue that gluten itself is not delicious.

The hallmarks of the disease happen in the small intestine, where essentially the body (in those with the disease) vastly overreacts to the presence of the gluten protein and causes an ‘auto-immune’ reaction. There are multiple different symptom profiles and ways this can manifest, which are explored in further detail below.

Celiac is a debilitating disease that many suffer in silence with for their entire lives.

There are two extremely powerful narratives that surround Celiac:

I use the word ‘narratives’ because these two points essentially force people who suffer from Celiac into an often lonely and somewhat jaded ‘psychology’ that comes from suffering from something that is so poorly understood and not having any remedies.

For example, with cancer – a deadly and devastating illness that we are generally familiar with in the West – there is a medical and social consensus (for most cancer types) on expected lifestyle changes, potential treatment/side effects, financial impacts, etc. which helps those who suffer both adapt socially and in many cases survive physically.

With Celiac, neither a social or medical consensus exist, outside of the fact that one can’t eat gluten. Certainly, the increased prevalence of gluten-free options in restaurants and grocery stores helps, but the omnipresent threat of being “glutened” and subsequently having to go to the hospital (for some!) still exists. What happens when one goes to the hospital with a severe gluten reaction as a Celiac (more on my story below) is unclear to me, but it isn’t a “treatment”. It is a stated fact on all Celiac-related websites that no pharmaceutical treatments exist. Furthermore, as you will see below, the disease is likely to continuously devolve for many and lead to other much worse conditions.

While the medical context of the disease deals with the damaged villi in the small intestine, and the consequential ‘autoimmune’ markers, there is a psychological imprint left by the disease that I would argue is of as great of concern as the physical symptoms. Especially for young people and children.

Celiac disease is a complex genetic disorder, and HLA status appears to be the strongest genetic determinant of risk for celiac autoimmunity. Vitamin B12 is one of the most common nutrient deficiencies associated with gluten intolerance. The small amount of Vitamin B12 that does reach the intestine will not be fully absorbed due to the intestinal damage. A subsequent deficiency found in those with celiac disease is that of folate and iron where, in untreated celiac disease, there is loss of brush border proteins and enzymes needed for absorption of dietary folate. Moreover, individuals with untreated celiac disease have been found to excrete fat into their stool because of poor absorption by the small intestine. As a result, they are deficient in omega-6 and omega-3 fatty acids. This is detrimental because these essential fatty acids control inflammation and blood clotting, which is vital in preventing heart disease and neurological disorders.

Celiac disease is not a disease that is fully solved by taking probiotics or eating a gluten-free diet. Nothing associated with the modern movement related to ‘gut health’ will work on Celiac long-term because the disease is metabolic in nature, not digestive. The biomarkers, as will be shown below, affect the major metabolic pathways in the body and the organs associated with them.

The diagnostics surrounding Celiac disease are not cut and dry, and for this reason there is a large % of the population that is misdiagnosed or undiagnosed.

There is a very technical element to Celiac diagnostics and a very behavioural element.

As an example of the behavioural element, someone who often becomes sporadically erratic or irritable compared to their baseline personality/behaviours could be Celiac and have absolutely no idea. The possible explanation would be that when the gluten molecule hits their small intestine it affects certain biochemical pathways that influence their emotional state. Were they to test using one of the more accurate tests, they would test positive (as a hypothetical).

Contrary to that, in my case, which I will explain below, I had the classic clinical symptoms and was sent for a blood test (in 2013) by my family doctor, which was negative. I am not sure which blood test, but I assume IgA antibody. There was no followup and no biopsy done.

Technically, the most common and accurate test is the tTG-IgA test:

Of the 2 – 3% who have the disease but come back negative (false negative) from this test, it is because their body does not produce enough of the IgA antibody for the purposes of the test. Remember, that you have to be on a ‘gluten-containing diet’ for the test, which puts those who are likely to have the disease into a tailspin. Getting an endoscopy biopsy to take a small tissue sample from the bowel (biopsy) is another confirming step, but is by no means pleasant.

Practically speaking, the manifestation of so many different possible symptoms combined with the prevailing ‘no available treatment’ narrative means that it makes sense that the vast majority will be either undiagnosed or misdiagnosed. An improvement in diagnostic technologies may bump those rates up, but it is more likely that to solve the the ‘undiagnosed/misdiagnosed crisis’ there will need to be a lot of work done on the treatment end, which is where I am going in Post 2 – Diamine Oxidase and Histamines.

I could write a novel about this part, but I have decided to bullet point the highlights of it in relation to the investigation of the disease for the purpose of moving towards some new ideas for a treatment.

As I write out in Part 2 – Diamine Oxidase and Histamines – I started to make some breakthroughs in 2016 that allowed me to eat out again, and eventually build a bridge to today where I can deal with gluten in my body relatively easily compared to this time period above where it wreaked absolutely havoc on every facet of my life – emotionally, physically, spiritually, and financially .

Celiac Disease – Symptoms and Other Complications

In relation to gluten molecule ingestion, speaking from both first-hand experience and in talking to others who are affected by the disease, the symptom profile is roughly as follows:

In relation to the ongoing ‘autoimmune disease,’ there are many additional ‘disease elements’ that can be associated with Celiac, along with many potential additional complications.

One such complication is ‘insulin resistance’ and the exponentially higher probability of developing type 1 diabetes compared to the general population. The reverse is also true (celiac disease is 5-7x higher in the diabetic population). It is generally thought that there is a genetic link here.

There is a crossover between non-celiac gluten sensitivity (NCGS) and insulin resistance, whereby many who suffer from NCGS do not suffer from the same problem at the small intestine level, but will show a dramatic improvement on a gluten-free diet.

There are also many metabolic problems that crossover between diabetes and celiac such as anemia, nutrient malabsorption, and problems with other lipids such as cholesterol (see case study).

There is also commonly a link between Celiac and liver problems. While these problems remain ‘unknown’ officially, as I discuss in the next post on Diamine Oxidase and Histamines, the liver problems may offer clues to the causative dimensions (and thus treatments) of Celiac.

There is a slightly-elevated risk of certain types of cancers in the intestine for those with Celiac, but only about 1.11X more than the general population.

All of these symptoms are combined with ‘autoimmune’ symptoms in the form of lowered immunity to other pathogens and, in many cases, cross-reactivity to other non-glutenous grains and other types of foods.

Personally, I got sick A LOT in 2014 – 16 until I addressed the underlying immunological issues associated with the parasite. In addition to the above-mentioned food sensitivities to non-gluten grains, I also became pseudo-allergic to to many kinds of nuts.

In the next post, I will explore this statement in depth.

Overall, this is Part 1 of a two-part series about Celiac revolving around peer-reviewed research and my own experience. This post digs deep into the problem at both the physical and emotional levels. But I believe there is ample research about the problem out there, in Part 2 I start looking at a possible solutions pathway. Feel free to let me know any thoughts.

GLU1 (Part 3): Pterostilbene and the Liver

GLU1 (Part 4): Naringenin and the Intestine