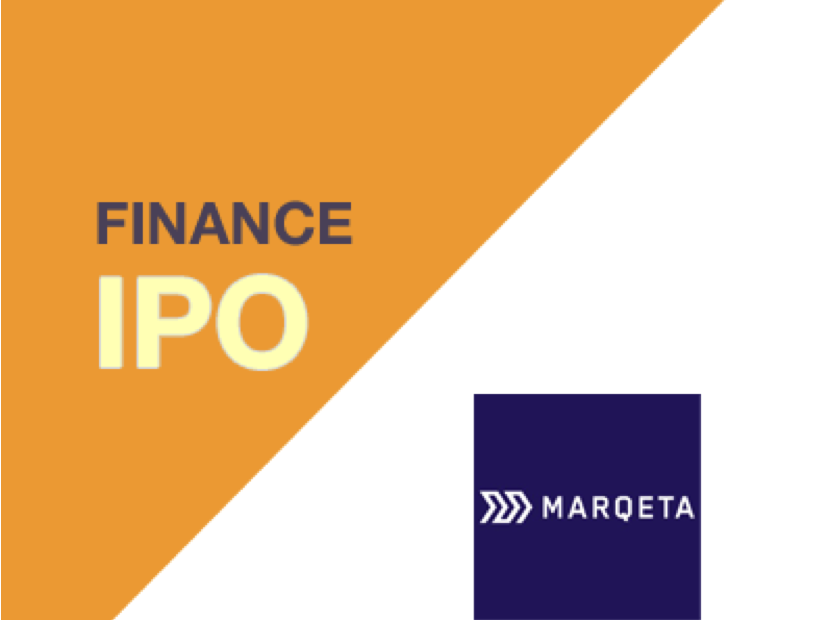 The $MQ ticker is about to go live in June and investors are hoping the share price gets marked-up, as another Fintech disruptor goes public in 2021.

Unlike many of the other recent consumer-facing Fintechs to list publicly, Marqeta is a next-generation infrastructure play, a combination of physical and digital debit cards (with credit cards now in the mix as well) connected to a ‘modernized’ digital payments infrastructure. They create a platform and APIs for other digital platforms to issue virtual/physical cards and process transactions.

The company was launched in 2010 and is now used to power the payments infrastructure of innovative companies like Square, Uber, Instacart, DoorDash, Klarna, and Affirm, among others

One of the features that has differentiated Marqeta from other companies in the market is the creation of their card-issuing API, allowing companies to issue virtual debit cards. Their product consists of:

In the upcoming IPO, the company is raising $100 Million for expenses related to “acquiring new Customers, developing its brand, expanding into new geographies, developing the existing Platform infrastructure, and creating new products for Customers.” In other words, Platform R&D and international expansion.

The valuation of the company has not been finalized, but according to some speculation online it could list in the $16-$17 Billion range. That would be an exponential 4X markup on its last valuation at $4.3 Billion back in May of 2020 when the company raised $150 Million privately from a U.S. institutional investor.

The lofty expectations being placed on the Fintech infrastructure company can be attributed to the fact that even after its exponential growth over the last year or two, they still only account for <1% of transaction volume in the U.S.

In 2020, the Marqeta Platform processed $60.1 billion of volume. This is less than 1% of the annual $6.7 trillion of transaction volume conducted through U.S. issuers in 2020, as estimated by The Nilson Report.

How Does Marqeta Make Money?

Marqeta earns the majority of its revenue from interchange fees related to the payment processing volume of its user base.

With the likes of Square, Klarna, DoorDash, N26, Uber and others as their clients, Marqeta makes more money as their clients’ platforms scale-up (usage-based pricing model).

Up until recently, all of Marqeta’s transaction volume has been linked to debit cards, which earn a significantly lower fee than credit cards. Marqeta has recently added credit cards to its API, which will enable them to earn higher interchange fees in the future as more of their platform partners’ customers use credit cards. One advantage for Marqeta in the debit interchange fee market has been their partnership with exempt banks in the US, enabling them to earn higher fees per debit transaction.

The amount a bank can earn on interchange fees is subject to Dodd-Frank regulation called the Durbin Amendment, which limits debit fees that larger banks can charge. However, banks with less than $10 billion in deposits are exempt from those restrictions. Marqeta noted that it currently only partners with exempt banks — including its major partner, Sutton Bank — meaning it can earn the higher rates on swipe fees.

Their own take rate is highly dependent on customer mix and the nature of transactions (card present vs not present, commercial vs retail) as is seen in their take rate dropping from 0.66% to 0.48%.

The company’s Take Rate is consistent with other Payment Processors, whereby the interchange fee (whether through debit or credit) is split with the Card Networks (Visa, Mastercard, etc.) and the Issuing Bank (the consumer’s bank) among other parties.

Marqeta serves many notable and fast-growing platforms, as noted above; yet consistent with Power Laws, 70% of the company’s 2020 revenue came from Square, including from its Cash App and seller cards.

In Marqeta’s case, the lion’s share of their ‘Cost of Revenue‘ is related to Card Networks. They pay the Issuing Banks a fixed fee for the service, while Marqeta itself keeps the revenue processed through its Partner bank (Sutton Bank) minus a small fee.

Costs of revenue consist of Card Network costs, Issuing Bank costs, and card fulfillment costs. Card Network costs are generally equal to a specified percentage of the processing volume or a fixed amount per transaction processed through the respective Card Network.

As seen above, the majority of their Operating Expenses are labelled as ‘Compensation and Benefits,’ making it challenging to breakout how the expenses are categorized on a functional basis. Beyond that, the major expense is ‘Technology,’ which makes sense since their technology platform is their major asset and source of competitive advantage. ‘Marketing and Advertising’ represents a very small % of their expenses.

Personnel is the other main cost item at 45% of revenue (~500 employees, of which 80 were salespeople)

Overall, Marqeta’s business model is fairly typical of a Payment Processor with their success linked to the TPV (Total Payments Volume) of their collective user base (320M currently) and corresponding Take Rate (0.48% in 2020).

Marqeta does not compete with the Card Networks (Visa, Mastercard, Discovery). In fact, both Visa (2017) and Mastercard (2020) have invested in Marqeta. Marqeta brands itself as a Payment Processing platform in the “modern payments ecosystem”

When it comes to competition, Marqeta named infrastructure giants Global Payments, Fiserv, and FIS, fintechs like Adyen and Stripe, and players like Comdata and Wex, which target the trucking industry.

The big-picture global payments market is huge. $30T+ in value are exchanged in value every year across card networks, both debit and credit, which are roughly equally split on a volume-basis in the U.S. market. Credit cards earn much higher fees (interchange fee of 2 – 3%) however. Of the $6.7T card volume processed across debit and credit cards in 2020, Marqeta’s volume was less than 1% of that, showing the size of the opportunity that lays ahead for them.

Overall, this market is still nascent in the digital infrastructure sense for Fintechs. A lot of the transaction volume goes through legacy software platforms developed by Incumbents whose Market Caps are generally > $75B. The challenge is the fragmentation of the Payments ecosystem and the rapidly increasing competition.