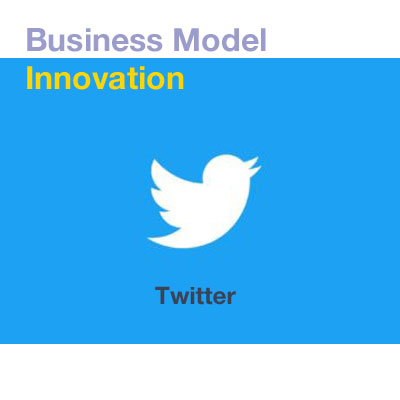 Twitter was recently purchased by the eccentric and iconoclastic billionaire Elon Musk and a syndicate of investors for $44B.

The premise of the purchase? Freedom of speech and Business Model Innovation (BMi). The non-censorship has its own set of implications, but the BMi is what this post is about.

Surveillance advertising. In a nutshell, that describes the business model of the ‘Big Tech’ social media companies who offer a ‘free’ service to most users but charge big brands and small businesses large amounts of money for “targeted advertising.”

On the top line, the company earned a little bit more than $5B in revenue, with the lion’s share of that coming from advertising.

(Interim CEO) Elon Musk’s plan, however, is different. He wants to move away from being dependent on advertising revenue towards a subscription business model built around the recently launched Twitter Blue.

Musk gave investors a taste of what to expect under his ownership. This reportedly includes driving up Twitter Blue subscribers to 69 million by 2025 and more than doubling that number to 159 million by 2028. Launched last year, Twitter Blue is the service’s $2.99 / month subscription

That is in addition to the proposed subscription service dubbed ‘X’ that will charge governments and corporations a fee (along with other revenue streams) to help shift the business model from a dominant advertising business model to one where advertising will only make up 45% of its revenue (projected) in the future.

Simply put, the current Twitter business model is built on advertising. Madison Avenue advertisers don’t like it as much as Google and Facebook because of its lower ability to target users either around demographics (Facebook) or keywords (Google); nevertheless, Twitter has built a large advertising business.

While $5.08B in top-line Revenue came in during 2021 – $4.51B of which was from advertising – we can see that the company has plenty of room to grow its mDAUs from the current 217 million (38 million in the USA, 179 million internationally).

The company had added only 6 million mDAUs in the 4th quarter of 2021 – and only 25 million in all of 2021, a tepid 13% YoY growth rate – which partially explains why the company was approachable for a ‘hostile takeover’ of sorts. Prior to Musk’s takeover offer, it was targeting a ~50% increase of mDAUs by 2023.

By the end of 2023, Twitter has said it hopes to hit 315 million average monetizable daily active users.

By looking at the current version of the business model, we can see that Twitter Blue (launched in select markets in Q4 2021) under the bucket of ‘Subscription and other revenue‘ (changed from ‘Data licensing and other‘ in Q1 ’22) represents a tremendous opportunity going forward into the future.

While very small as a percent of revenue today, we believe Twitter Blue and other subscription-related revenue represents a significant opportunity for Twitter over time.

What is the Business Model Innovation in Twitter Blue?

Under the new business model, where forecasts predict $26.4B in revenue by 2028 (> 5X from current levels), Advertising would make up 45% of the revenue, Subscription (via Blue and X) would make up ~38% , and the remaining 17% would come from ‘data licensing’ and other innovations within the Twitter platform such as payments.

Subscription is not a new business model, but it is in this space. The vast majority of users will be happy to view advertisements – which on Twitter come in many different forms, such as Sponsored Tweets, Sponsored Trending, and other creative ways – in exchange for free use of the platform.

There is also, historically, an inverse correlation between rapid user growth and subscription revenue on social media platforms. There are many X-factors that will need to be played out over the next 12 months under the new leadership, but Twitter’s big bet is around free speech and engagement.

If the top writers from platforms such as Substack and other independent media platforms continue to use Twitter to build their audience and distribute their content, then it will be very difficult for other platforms to compete, as legacy media continues to lose mindshare with the global audience.

While not necessarily direct competitors, Meta (Facebook), Google, and Snapchat all have advertising-centric business models that compete with Twitter for both advertising dollars and screen time with their user bases’.

Then there are new platforms such as Truth Social, which are completely untested from both a product and business model perspective, yet brand themselves around ‘free speech.’

If Twitter does reinvent its business model successfully around subscriptions then it could have a cascading effect across multiple platforms, similar to what we saw when Clubhouse launched and others (including Twitter) quickly adapted to in early 2021 .

BMi – Key Components of the Canvas

What unique value does Twitter’s product or service create for customers?

Twitter is a “micro-blogging” service that functions as the ‘town square’ for many in the public, allowing people, businesses, and governments to share information, debate, and build an audience.

The value proposition for big brands and small businesses is that they can position their product/service within those important conversations and measure engagement.

What group(s) of Twitter’s customers is a company targeting with its product or service?

With 217M users (Q4 2021) globally – of which 38M are from the US – Twitter has multiple different segments and sub-segments. But the main attribute of Twitter is that it has power users that drive the majority of activity. In relation to the Twitter Blue strategy, this is likely the segment that they will target.

An additional segment that Twitter may target are Substack and independent journalists who have built large followings on Twitter and have the ability to build their brand(s) through the use of paid tools.

How does a Twitter plan to build and maintain relationships with the customers it is serving?

The creation of a business model around subscription services significantly changes the Customer Relationships between Twitter and its customers.

They offer them premium features such as Reader view currently, (potentially ‘Edit’ and ‘Blue Check’ authentication coming soon) and will continue to develop more value as they try adding subscribers.

What channels does a Twitter use to acquire, retain and continuously develop its customers?

As Twitter itself is a social media platform, they can (and do) use it as a Customer Channel to engage their customer base.

It is likely that with Elon Musk acting as interim CEO – and himself being a being a power user – that they will continue to use their own platform as a Customer Channel.

How is a Twitter pulling all of the above elements together to create a revenue stream(s) and generate cashflow?

The future revenue skew is projected to be:

Reuters reports that Musk told banks that he plans to develop more ways to make money from tweets. For example, he said that he plans to create a way to monetize tweets that go viral or include important information. He also suggested the idea of charging a fee when third-party websites quote or embed tweets from verified accounts.

The above 5 Building Blocks represent the right side of the canvas and contribute to the Revenue side of the business model.

What assets and knowledge does a Twitter possess that allow it to deliver its value to customers in ways that other companies can’t?

Twitter’s Key Resources right now revolve around their brand, technology platform, and potentially their new management to drive new innovation on the platform.

What activities does a Twitter engage in that allow it to execute its strategy and either establish a presence in the market or gain market share?

The Key Activities now revolve around the Business Model Innovation and focusing on how to cater to subscribers, and ultimately grow the Subscription revenue stream.

What strategic and cooperative partnerships does a Twitter form to increase the scalability and efficiency of the business?

The new management will likely look at a whole new batch of Key Partners to help – first – shift the business model and – second – scale it.

What are the key costs associated with running the Twitter business and how can key partnerships/resources be leveraged to reduce the cost structure?

Musk has come out and stated his desire to control costs, which likely means layoffs in the short-term. This is usually a key step in BMi – reinventing the Cost Structure.

As the shift takes hold, the plan will be to hire new employees for Twitter Blue and associated subscription services.

Building out Twitter’s services will take some work, a likely factor behind Musk’s plans to hire 3,600 additional employees. The Times notes that Musk aims to have 11,072 employees by 2025, although the pitch deck reportedly shows Twitter’s number of employees increasing in 2022 and then dipping in 2023 prior to trending upwards again.

The remaining 4 Building Blocks come together to form the left side of the canvas, and contribute to the Cost Structure of the business model.

There are no statistics published (yet) about Twitter Blue that enable us to get a better understanding of the Business Model Analytics, but there are some assumptions we can make from what we knew today:

Imagine you are a Twitter personality with 30,000 followers, and you have made this into your business. You earn money through Super Follows, your Revue newsletter, and tips, and frequently host Spaces to bring in new subscribers …

On the latter point, Twitter has a lot of potential runway that they can create a walled garden around using Twitter Blue. $2 – $3 per month is a low fee that multiple different ‘creative verticals’ can potentially use to tap into new layers of value, potentially much more than through the other fragmented services they currently use (and pay for!).

If Twitter is a hub for content production and user engagement, the flywheel starts to turn, as more users are attracted to the platform at a relatively low CAC (Customer Acquisition Cost). This, in turn, can lead to a very profitable subscription business model if they hit their targets in the next 3 – 5 years.

What is Business Model Innovation?

Innovation using the Business Model as the main mechanism, rather than product or technological innovation. Reinventing a business model – or creating a new one – is a matter of remixing the core components of a business model and developing new value propositions, revenue streams, and cost structures.