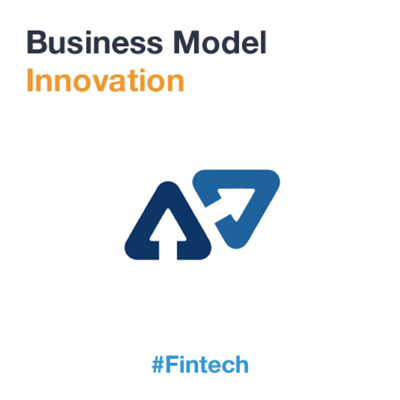 AfterPay Touch is hot, red hot. Launched in only 2014, the company went public in 2016, and since that point has been on a growth trajectory rarely seen even among Fintech Unicorns. The company responsible for reinventing Australia’s concept of lawaway – or buy now pay later – is reaping the rewards.  But while their growth is breathtaking, it’s their business model that is perhaps most surprising. Which is why we wanted to do a rare Business Model Innovation segment on this public company that very well could reinvent credit.

Afterpay Touch is an Australian fintech company operating in the United States, New Zealand, and Australia.  They have achieved exponential market growth in recent years for their innovative consumer-credit payment technology and business model, a model that could fundamentally disrupt the entire consumer credit space and bring millions more customers to top global retailers.

Afterpay – How Does it Work?

Afterpay – Who Uses It?

Millennials comprise 70% of AfterPay’s client base. This consumer group is flocking to AfterPay because they hate credit cards, yet still have the need to use credit for everyday purchases.  APT is able to both remove the stigma of owning a credit card, something that lots its luster since the 2008 GFC, and offer a way to make purchases more manageable.  They have achieved roughly 7% penetration in the Australian market; yet the US market is 10X bigger and 66% of millennials don’t have a credit card there, creating a massive growth opportunity for now into the foreseeable future.

Fintech companies in the payments space, such as Venmo (now owned by PayPal PYPL) target the millennial generation using innovative, technologically-driven offering and are able to trigger network effects, thus growing exponentially faster than their peers.  APT’s growth is exponential because of their success with millennials, who in turn are demanding that their favorite retailers adopt it as a payment option, creating a continuous cycle that drives further growth without driving up customer acquisition costs (CACs).  APT had an average CAC of $2.39, compared to a ARPU (average revenue per user) of $80.93, LTV of $674.44, and retention of 90%. The combination of low CAC and churn, with high ARPU and LTV, creates a recipe for healthy margins even in the heavily competitive payments/consumer credit space.

Direct competitors in the US consumer credit space include Affirm, FuturePay, and QuadPay. Affirm offers a more traditionally structured credit product (10-30% APR paid over 3-12 months) offered at the POS (point of sale).  FuturePay was created by the privately-owned Celtic Bank out of Utah and is an embedded, real-time digital credit application that requires applicants to enter all their personal information; its function is closest to AfterPay, but it still operates more as a credit facility.  QuadPay is a startup with only 22 employees in New York, and is a copycat model of Afterpay, offering 4 interest-free payments offer 6 weeks with only a mobile number and some basic personal details.

Larger competition looms on the horizon from more established players in the payments space, such as Paypal and Visa, who have penetration and mindshare with consumers and are now looking to expand their credit offerings.  PayPal Credit offers US consumers 6 months to repay purchases over $99 interest-free, and then charges 19.99% APR after that. In 2017, Visa invested in Klarna, a large Swedish eCommerce company (last valuation at $2.5bn) that has significant global merchant penetration and offers seamless financing options at checkout, meaning that consumers don’t have to enter their card details.  These competitors could become more formidable in the future than their current direct competitors.

While there will be many persistent threats – including competitive, regulatory, and financial – it’s clear that in the age of eCommerce and oversaturated consumers, AfterPay has a winning formula.  Whether they can continue to capitalize on growth opportunities and open up more lucrative segments (ie. health & wellness services) remains to be seen, but for now, keep your eyes open for AfterPay at a store near you!