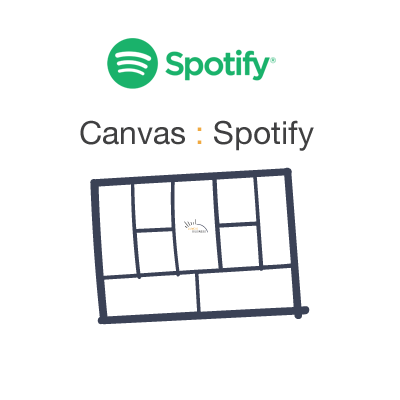 Long removed from the days of the (compact) disc and the iPod, today’s streaming services enable a cloud-based, listen-wherever-you-are experience. Spotify leads the way in the category among giants, that’s why we will take a look at the mechanics that underpin their business model.

How does Spotify make money?

Spotify makes money in two ways: Premium Accounts and Advertising. The good news is that Spotify is a publicly-traded company (Ticker: SPOT), so we can dig right into the financials to better understand the breakdown between the two revenue streams.

One of the elements that make a business model like Spotify so appealing is the global nature of the audience. The company finished Q3 2019 with nearly 250 million MAU (Monthly Active Users), meaning those users who were active on the app (web or mobile) in some form on a monthly basis. Of those 250 million, we see a fairly balanced regional picture.

Beneath the headline numbers, we see that there were 113 million Premium Users. The company made €1.731 billion in revenue in its latest quarter, of which €1.561 billion came from Premium compared to only €0.71 billion in Ad-Supported revenue.

This means that approximately 90% of Spotify’s revenue is derived from Premium Subscriptions. Premium ARPU (average revenue per user) is €4.67, meaning that on average Spotify makes €4.67 per Premium user per month, which would translate to approximately €56 per year in Subscription revenue for each Premium user on the platform.

Within the context of a massive user base and a subscription business model, Spotify must ensure that its churn rate remains in control so that the company can maximize the LTV (Lifetime Value) of each paying user that it acquires.

Spotify was founded in 2006 and the 1st version of the platform was launched in October of 2008. At that point in history, many of the digital business models that we see today were not in existence, and piracy was still a problem that plagued the music industry. Furthermore, cloud-computing was in its infancy and the concept of ‘streaming’ was not something that would be realized until several years in the future.

In this vein, it is clear that Spotify’s founder would have had to have both (a) a big vision and (b) a strategy to get the company to the point where it is the world leader in streaming music, as they are now.

Relative to Apple, the publicly available data shows that we are adding roughly twice as many subscribers per month as they are. Additionally, we believe that our monthly engagement is roughly 2x as high and our churn is at half the rate.

When you look at Spotify’s service compared to other platforms in the space, both currently and in the past, there are a few things that become apparent:

What did Spotify do strategically in its early days to get to the position they are now?

In its earliest days (late 2008), Spotify was invite-only, meaning that someone had to invite you to the platform to get access. The company was founded in Stockholm, Sweden and open usage of the platform was not available until the company launched in UK in 2009; however, they reverted back to invite-only later that year because demand was so high.

After rapid expansion through Europe in 2010, they used the invite-only playbook again for their US launch in 2011. This strategy helped the company build somewhat of an underground brand and use word-of-mouth marketing to drive its exponential user growth. Furthermore, the Ad-Supported account was limited to 20 hours of listening per month, creating an incentive for users to subscribe to Premium.

This community-centric strategy helped Spotify to reach 1 million users by March 2011 (from Europe alone), and by August 2012 they had 15 million MAU and 4 million Premium users.

Before streaming services came along you might have been guilty of using controversial file sharing sites like Napster, LimeWire and The Pirate Bay to download your music.

How Spotify Came to BE WORTH Billions

All of this growth, however, was taking place against the backdrop of the ‘piracy problem.’ Before their launch in the US, they made deals with the big Record Labels in order to ensure they were compliant with copyright laws.

One of the original founders of Napster, Sean Parker, made an investment and joined the board of Spotify in 2010 to help make these types of deals and create other partnerships with companies such as Facebook. The Facebook integration helped Spotify grow rapidly and the deal with the Record Labels chart a legal path towards profitability.

Thus began the phase of the strategy where the company leveraged commercial partnerships to get to a level where it could become self-sustaining. At the time of the IPO in 2018, Sony Music Entertainment owned about 5.7% of the stock, while Universal Music Group and Warner Music Group held about 4% each.

Spotify’s rise to prominence has not been without its share of controversy. Many artists have been vocal about in their resistance to Spotify’s ascent to becoming the prominent platform to listen to music, as it has been Spotify – not the artists themselves – that have captured the vast majority of the value, and in turn, kicked it back to the Record Labels.

Thus we can see that the hybrid strategy between community/commercial has helped Spotify to become the multi-billion dollar brand it is now, but it does leave open opportunities in the future for companies who can crack the artist side of the business model.

Despite all of its success, Spotify is barely profitable, and this is in large part because of the tremendous cost of licensing music from the Record Labels.

Spotify raised €15.1 million in its first seed round investment in 2008 from a newly-established Swedish VC called Northzone. In the subsequent years that led to their direct listing, Spotify would raise a total of $2.6 billion USD over a total of 18 rounds.

In many ways, Spotify has maintained its ‘pirate spirit’ in an industry that has become dominated by pirates itself. This reputation continued up to the point of its direct listing in April 2018 on the NYSE.

Rather than an IPO, where new stock is issued and the deal is syndicated by Wall Street, they opted for a direct listing where the share sale came from previous investors and employees with vested options.

There are several reasons why Spotify and others have chosen this route, which can be effectively summed-up as keeping more control in the hands of founders and early-stage investors.

It’s about time, too, according to McCarthy. Fundraising conditions for private businesses have changed dramatically in the past decade, he says, but initial public offerings have not. And while direct listings are not exactly new, he clarifies, they give more control over the process to the company and its founders.

On April 3, 2018, SPOT traded publicly for this 1st time and closed at almost $150 USD per share, giving it a valuation of $26.4 billion. Today, the company trades at nearly the same price.

In its early years, the company was forced to heavily subsidize Customer Acquisition (CAC) and take a loss relative to the revenue generated per customer. As they progressed, they were able to continually trend their Revenue up – relative to their Cost of Revenue – enabling to them to progressively improve their Margin per Customer.

These positive Unit Economics have enabled them to become profitable in the long-term, although only marginally.

Spotify has invested heavily into the podcast industry, with a monetization model that revolves around CTA (Call-to-Action) Audio Ads, such as those pictured below.

The massive investment in a long-term podcasting strategy has cost them more than $1 Billion, and has included exclusive deals with major podcasters, several acquisitions of podcasting platforms, and investment in ‘Sales & Marketing’ for the purpose of customer acquisition (ie. brands).

During this time period, they have leapfrogged Apple Podcasts for #1 audio platform, yet still remain in tight competition with YouTube where a large % of users listen to (or listen & watch) podcasts.

The hope is that not only will Podcasts become a massive segment for growth, of which Spotify will become #1, which looks very possible.

But also that it will improve Spotify’s margins, which will help the company get back to black (profitability) in future years.

Spotify’s podcast vertical is “still largely in investment mode and not yet profitable,” but he believes the market has a “40%-50% gross margin potential.”