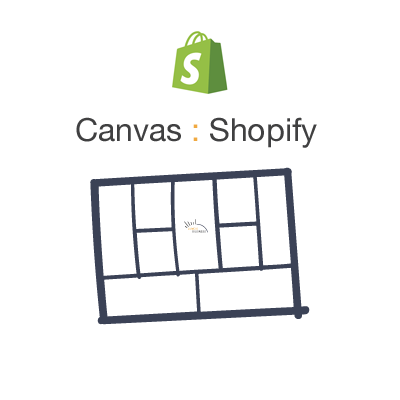 At this point, most people probably know about the Canadian eCommerce giant Shopify.

Merchants – big and small – open a store on Shopify and use the software to manage inventory, optimize marketing, and process transactions. On the latter point, Shopify has been like a tiger in the tall grass, waiting for its opportunity to pounce and open-up the financial services (fintech) stream. Now they have, and the Shopify business model is set to expand.

How does Shopify make money?

Shopify’s original revenue stream was to charge a monthly subscription fee to small and medium-sized merchants (SMEs) who use the platform for their eCommerce store creation, growth, and management. For larger enterprises, there is Shopify Plus, which has a much higher monthly subscription fee that eventually switches to a transaction revenue stream if revenues go beyond a certain threshold.

As they continue to invest heavily in growth, they are only marginally profitable, earning $22.3 in Net Income in the quarter.

New initiatives centre around financial services (fintech), such as:

One thing that has made Shopify such an interesting story is its focus on the SME merchant market. Rather than starting at the top of the pyramid and focusing on large enterprises and moving downwards, they focused on building eCommerce software that the average business owner could use, and the scaled it up into the enterprise segment (Shopify Plus) later on.

In Q4 2019, they crossed the 1 million merchant mark, showing how strong the global community of merchants is for Shopify. The merchant community was up 22% from a year earlier, demonstrating how the company continues to accelerate its merchant growth even with a large base.

This has undoubtedly accelerated even more amid COVID19, as many retailers were forced to quickly get a Shopify store up and running in order to continue making sales in the pandemic. Once a business is up and running on Shopify, the switching costs to move to another platform are very high. The feature set between Shopify and other platforms is very different, with Shopify generally being notorious for two things:

While on one hand, these plugins can create more complexity and platform admin., they have helped Shopify to build an ecosystem of partners whose success is linked to the success of Shopify itself. In that way, they built a partnership strategy that was not dissimilar to Apple’s App Store, where 3rd party development groups became valuable businesses and development studios by simply building apps on the platform.

This helped Shopify build a partnership strategy that was more community-oriented rather than commercial. Network effects increased and more users came onto the platform because they were able to offer better 3rd party apps than other eCommerce platforms. Apps with functions related to shipping, invoicing, etc. help merchants’ stores function more smoothly, and Shopify themselves only have to curate available apps, not do all the work themselves.

Shopify now has big commercial partnerships with the likes of corporate giants like Facebook and Apple. But their roots are in the SME community, and we see with this with events like Shopify Unite (Reunite online event this year) for developers and their monthly Partner Town Halls for partners. The more community-oriented strategy helps explains why they are able to continue growing so rapidly despite already being the #1 player in the space.

Shopify is a publicly-traded company. Their current market cap is nearing $100B USD (~$140B CAD) after a large runup in the stock in the last few months. They are currently Canada’s largest company by market cap surpassing the banks.

Shopify shares have performed strongly since its 2015 initial public offering, and kicked into hyperdrive during the Covid-19 lockdown as struggling retailers rushed to use its ecommerce platform to sell their goods online.

The company recently raised $1.3 Billion in equity financing in a deal that was 2x oversubscribed.

It is important to note that Shopify is still not profitable. They have invested heavily in growth and as such is considered a ‘growth stock’ similar to other big Tech names. But they are well-capitalized and are now moving into different Fintech revenue streams, meaning they may start to generate higher ARPU (Average Revenue per Users) and continue to grow rapidly at the same time.

Earlier in 2022, Shopify announced a set of surprise layoffs due to ‘over-betting’ on the strength of eCommerce post-pandemic. The ‘bet’ was sparked by major shifts in consumer behavior brought on by the shifts in the economy in 2020.

We bet that the channel mix – the share of dollars that travel through ecommerce rather than physical retail – would permanently leap ahead by 5 or even 10 years. We couldn’t know for sure at the time, but we knew that if there was a chance that this was true, we would have to expand the company to match.

The over-bet meant that the company hired many more people than they otherwise would have given the circumstances.

It’s now clear that bet didn’t pay off. What we see now is the mix reverting to roughly where pre-Covid data would have suggested it should be at this point. Still growing steadily, but it wasn’t a meaningful 5-year leap ahead

While tech as a whole has been beaten down severely in 2022, Shopify (Ticker: SHOP) has fared worse than others – down ~70% in 2022 – in large part because of the swift reversal of the eCommerce market outlook and Shopify’s own strategic errors. Nevertheless, there are still lots of reasons to be positive about Shopify’s outlook going forward.

Shopify is not a profitable company. In the boom years for tech, investors wanted to see growth and ‘market domination,’ pushing the ideas of profitability into the future. Then came 2022, and the narrative changed – investors have sold off growth in the name of profit (ie. flight to safety).

The shorter-term problem for Shopify – in-line with its ‘over-bet’ on eCommerce – is that they are burning cash much faster than they anticipated. As we can see in the graph below, they began burning cash again in 2022 after a net loss of $158 Million in their most recent quarter (Q3 ’22).

This is a problem for Shopify, but nothing catastrophic short-term. They are well capitalized and as evidenced by recent acquisition sprees this year, it is unlikely they will sway at all from their long-term strategy. Nevertheless, competition is increasing and their lack of profitability hurts their ability to maneuver in the same way they would have a year ago.

Despite Shopify being in the pole position in the U.S. market among eCommerce software usage, competition is still fierce. The edge that the company once had has been eroded for a variety of reasons.

And while they are dominant relative to eCommerce usage by websites in the U.S., they are only a small percentage of total U.S. retail eCommerce sales (2021 data) relative to Amazon:

The two companies directly above and below dwarf them by many factors in terms of market cap. This is a company whose market cap was over $300 Billion one year ago, and now finds itself cutting costs and needing to make moves towards profitability.

Yes, they came off a record-breaking 2021, but the question will be whether or not Shopify has peaked?

For eCommerce as a whole, it is unlikely the category has peaked. As a % of total retail sales, eCommerce continues to gain share relative to the retail market. With Shopify in a dominant position, they will continue to grow as switching costs of eCommerce software are very high for merchants.

In there latest quarter (Q3 ’22), revenue was broken down as follows:

We can see how the model has shifted from Subscription Services being ~40% of revenue in 2020, to only 28% now, a business model shift that is completely expected. As with most platforms who control an ecosystem of customers, they can add more value-added services to the base platform layer and monetize those as a greater % of the subscription revenue.

Like many other platforms, clues to Shopify’s future moves to further monetize its network will likely hinge on adjacent acquisitions/investments they have made in the past:

The exponential growth in eCommerce over the last decade has seen huge investments in the front-end sexy stuff to make operating a store as seamless as possible for small merchants. Shopify Plus has expanded that capacity for medium and even large merchants, competing against larger eCommerce software players like Magento.

But the future moves by Shopify are going to be in the nitty-gritty, behind-the-scenes stuff:

All together, we can see that Shopify has the pieces on the board to build on its core value proposition and expand into the territory of its main competitors – Amazon and Walmart. All of the above are very lucrative markets – yet highly competitive.

In some ways, Shopify is starting to enter into Square (Block’s) territory. They have launched a POS (Point-of-Sale) hardware solution, and have significantly expanded Shopify Capital to four countries, loaning out $500+ Million in Q3 ’22. Their Payments product remains at the core of their strategy to ease merchant payment acceptance.

Shopify wants to be the ‘one-stop-shop’ for merchants operating in eCommerce. The big strategic investments into fulfillment signal they are ready to move into Amazon and Walmart’s (although they are somewhat partners) territory. Their ongoing moves in and around payments show that Fintech is becoming an increasingly important part of their core business model.

The outlook, from a business model perspective, is challenging. On one hand, Shopify has appeared to take its medicine and cut costs to appease investors. On the other hand, their strategy is very much angled towards ‘winner-take-all’ and their business model is increasingly becoming more multi-faceted, much like Amazon.

For a company that was worth $300+ Billion a year ago, Shopify has seemed to be quite savvy and disciplined about its acquisitions – they could have thrown around a lot more cash. With the business model expanding into different verticals, they will likely lean on partnerships and acquisitions to fuel both the growth narrative and outlook. As far as profitability goes, time will tell. It seems unlikely the cost-cutting is finished with a tepid outlook for the global economy in 2023-2024.