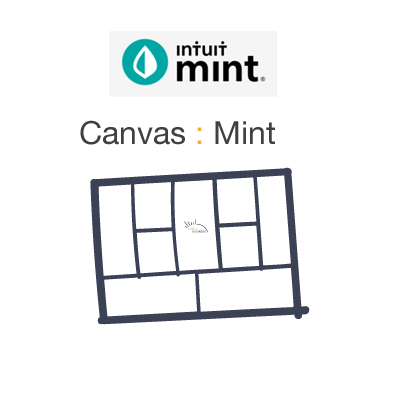 Mint.com has freshened up and is back with a new look, strategy, and potentially a new business model.

One of the original Fintech pioneers, who was bought by Intuit in 2009, is looking to re-enter the Fintech conversation, which is why we analyze Mint’s Business Model.

Mint – Fintech Phenomena of The 2000s

Mint.com was one of the startup sensations of the 2000s, launching in September 2007, scaling to over 1 Million users, and being sold to Intuit in November 2019 for US$170mn. Before ‘growth hacking’ and ‘hustle’ were popularized in the mainstream lexicon around startups, Mint exemplified this mentality with a content-marketing strategy built around a personal finance blog, and a gregarious CEO who interviewed with anyone and everyone who was interested in the company, including local high-school newspapers.

“Over a three year period, I did about 550 interviews with press from TV, radio and magazines and made myself as accessible as possible to the bloggers and the media.” Mint Founder

After years of learning, corporate owner Intuit is out with a new update and strategy to expand beyond the firm’s 25 million users

A decade after splashing out for the company, Intuit seems ready to start pushing the product back into the market at a time when both Challenger Banks and other PFM (Personal Financial Management) apps are scaling-up their offerings.

How does Mint make money?

Mint’s original pitch was that it was a free personal financial management app for consumers, which was a huge upgrade over a spreadsheet. The founder himself spent his early days working 80+ hours per week and doing his personal finances on Sunday, manually, and that’s where the original idea came from.

“I had a web development company. I used Quicken and Microsoft Money to manage my personal income and my business income, and I was pretty diligent about it. I did it every Sunday through college, and then I got really busy working at a another startup in Silicon Valley before Mint. Finally, I got back into it and Microsoft Money had downloaded about 500 transactions, but only 20% had been categorized.” Mint Founder

Free – as we have come to learn in the last decade – is always a misnomer in the digital world. Mint would aggregate users’ data and then serve up ‘ads’ about the optimal financial services products for its user base, not dissimilar to the business model of Credit Karma, which was also acquired by Intuit in 2020 for US$7.1bn.

And so, Mint’s business model became we’ll go for free and then we’ll find these savings opportunities for you. You know, better interest rate on your credit cards, when should you consolidate your student loans, when does it mathematically make sense to refinance your mortgage and Mint figures all that stuff out for you.

The Minting of Mint

When looking at Intuit’s overall strategy of product offerings – including it’s own accounting software QuickBooks, tax software Turbo Tax, and then acquisitions such as Credit Karma, and Mint – it starts to make some sense as to why this ‘Marketplace Model’ of connecting users to other financial services products makes sense.

But Mint has lagged the industry in recent years, becoming mostly an afterthought to all but its most passionate users who still number in the millions. That all changed with their recent release, billed as Mercury, that gave the whole platform a facelift.

Personalized Mintsights are examples how they are using data and machine learnings to offer more bespoke financial advice. They have also included Crypto aggregators, automated Subscriptions tracking, and other features to help users save money. In a recent podcast, the SVP and GM of Mint articulated the problem the company is focused in on solving.

While the new and improved Mint will still operate around the Marketplace Model to start – offering effectively lead-gen on consumer financial-services products such as credit cards, loans, and mortgages – they are also in the process of experimenting with and innovating on their business model.

According to the SVP and GM of Mint, these experiments will include:

All told, Mint is not only reinventing its product, but potentially also its business model.

What made Mint.com V1 so intriguing was the fact that the whole strategy was built around a community-centric approach. At the time – and even now – this approach is very unique in the Fintech market.

When Mint’s personal finance blog was at the heart of their content and user acquisition strategy, they did a couple of things to deepen their relationships with their community:

There are multiple stories in the media that speak to how loyal Mint’s community was, and still are it seems. This is because the original Mint.com was built with the users at the heart of the product design and strategy.

Intuit (Ticker: INTU) is a US$100bn+ publicly-traded company, so Mint V2 will have to play more of a corporate, commercial-partner playbook, especially given the other firms that are at the core of Intuit’s offering.

But in the podcast mentioned above, the company seems to have gone to great lengths to work with some of its ~20 million+ users to validate and test the features on the new product, which will also likely include a the creation of a new business model. The parent company has been much maligned by many pundits for its lack of vision, strategy, and execution since buying the scrappy startup in 2009; but it appears that Mint V2 has a lot of runway and certainly doesn’t lack resources to scale-up whatever might end up working in this iteration of the product.

The company noted that the average user of the app, who has a savings account, has investable assets of $17,000, totaling $30 billion in investable assets across those users. The new feature is designed to help users decide what to do with that money, “much like a financial advisor.”

Mint trending more into Robo-Advisor territory certainly seems plausible, but the actual business model for that type of offering may be more based around Advisory ($fee) than AUM (% Commission).

Intuit does not break out what % of revenue Mint generates in its Quarterly Earnings reports, but Intuit’s consumer sector is composed of Turbo Tax, Credit Karma and Mint, of which most estimates suggest that Mint’s current top-line revenue contribution is paltry compared to the other offerings.